In summer 2016, Pew Research Center and Elon University’s Imagining the Internet Center conducted a large canvassing of technologists, scholars, practitioners, strategic thinkers and other leaders, asking them to react to this issue:

As billions more everyday objects are connected in the Internet of Things, they are sending and receiving data that enhances local, national and global systems as well as individuals’ lives. But such connectedness also creates exploitable vulnerabilities. As automobiles, medical devices, smart TVs, manufacturing equipment and other tools and infrastructure are networked, is it likely that attacks, hacks or ransomware concerns in the next decade will cause significant numbers of people to decide to disconnect, or will the trend toward greater connectivity of objects and people continue unabated?

Some 1,201 responded to this nonscientific canvassing: 15% of these particular respondents said significant numbers would disconnect and 85% chose the option that most people will move more deeply into connected life.

Participants were asked to explain their answers and were offered the following prompts to consider:

Predictions from experts about
online connectivity in 2026 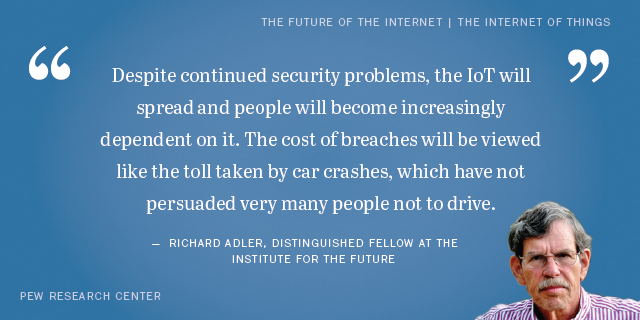 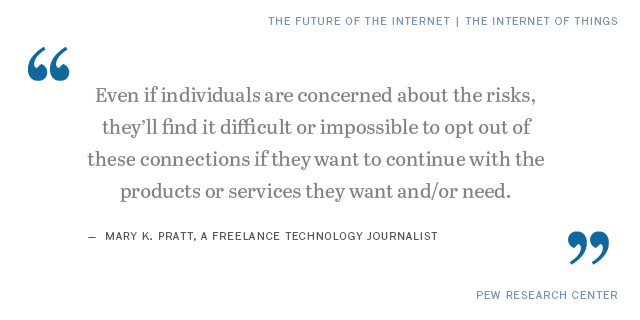 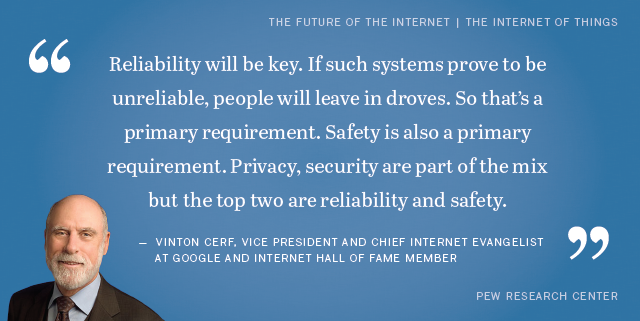 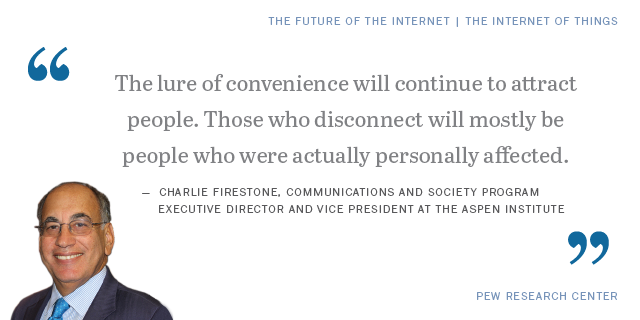 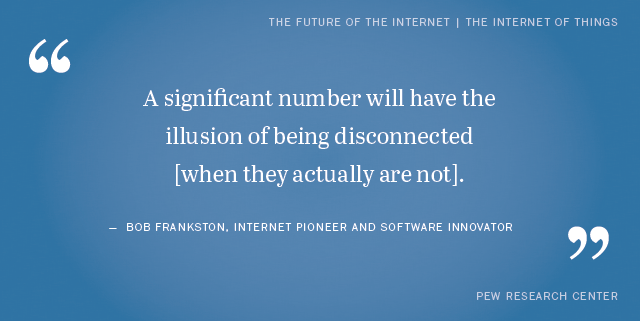 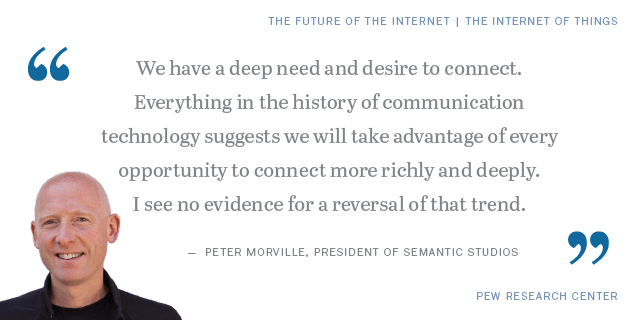 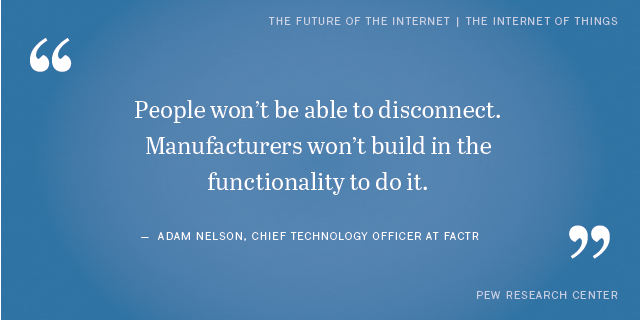 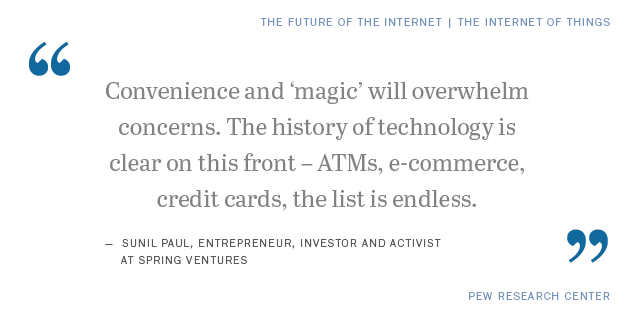 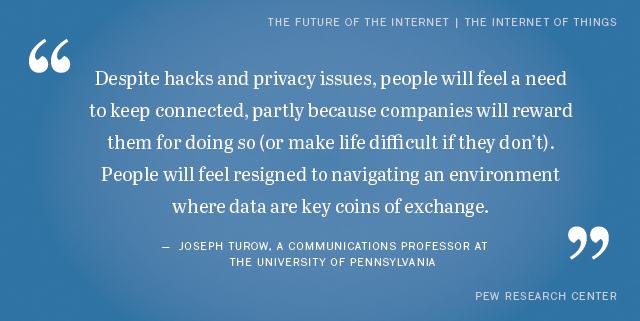 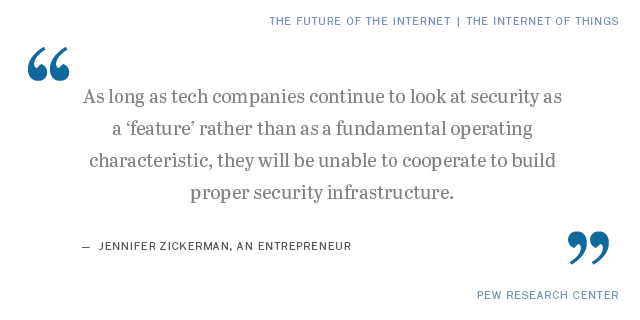 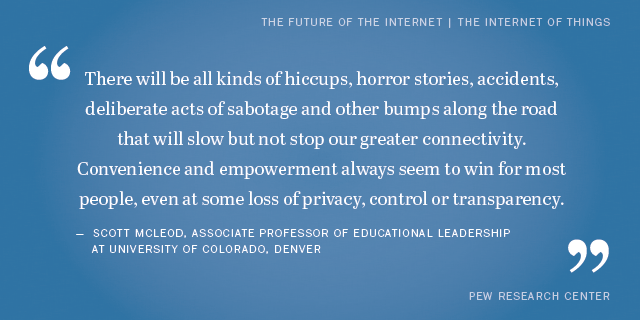 Predictions from experts about online connectivity in 2026

5 things to know about Americans and their smart speakers

The Internet of Things and Future Shock: Too Much Change Too Fast?

How will the Internet of Things look by 2025?