The PSRAI December 2014 Omnibus Weeks 1 & 3 obtained telephone interviews with a nationally representative sample of 2,002 adults living in the continental United States. Telephone interviews were conducted by landline (1,001) and cell phone (1,001, including 605 without a landline phone). The survey was conducted by Princeton Survey Research Associates International (PSRAI). Interviews were done in English and Spanish by Princeton Data Source from December 4-7, 2014 (1,001) and from December 18-21, 2014 (1,001). Statistical results are weighted to correct known demographic discrepancies. The margin of sampling error for the complete set of weighted data is ± 2.5 percentage points.

For each survey, a combination of landline and cellular random digit dial (RDD) samples was used to represent all adults in the continental United States who have access to either a landline or cellular telephone. Both samples were provided by Survey Sampling International, LLC (SSI) according to PSRAI specifications.

Numbers for the landline sample were drawn with equal probabilities from active blocks (area code + exchange + two-digit block number) that contained three or more residential directory listings. The cellular sample was not list-assisted, but was drawn through a systematic sampling from dedicated wireless 100-blocks and shared service 100-blocks with no directory-listed landline numbers.

December Week 1 interviews were conducted December 4 to 7, 2014 and December Week 3 interviews were conducted December 18 to 21, 2014. As many as three attempts were made to contact every sampled telephone number. For each study, sample was released for interviewing in replicates, which are representative subsamples of the larger sample. Using replicates to control the release of sample ensures that complete call procedures are followed for the entire sample. Calls were staggered over times of day and days of the week to maximize the chance of making contact with potential respondents. Each phone number received at least one daytime call when necessary.

For the cellular sample, interviews were conducted with the person who answered the phone. Interviewers verified that the person was an adult and in a safe place before administering the survey.

Because the studies were run at separate periods, the sample for each wave was weighted separately and not as one combined study. The weighting procedures detailed below were used for both surveys.

Weighting is generally used in survey analysis to compensate for sample designs and patterns of non-response that might bias results. The sample was weighted to match national adult general population parameters. A two-stage weighting procedure was used to weight the dual-frame sample.

The first stage of weighting corrected for different probabilities of selection associated with the number of adults in each household and each respondent’s telephone usage patterns. This weighting also adjusts for the overlapping landline and cell sample frames and the relative sizes of each frame and each sample.

Weighting was accomplished using the SPSSINC RAKE, an SPSS extension module that simultaneously balances the distributions of all variables using the GENLOG procedure. Weights were trimmed to prevent individual interviews from having too much influence on the final results. The use of these weights in statistical analysis ensures that the demographic characteristics of the sample closely approximate the demographic characteristics of the national population.

Post-data collection statistical adjustments require analysis procedures that reflect departures from simple random sampling. PSRAI calculates the effects of these design features so that an appropriate adjustment can be incorporated into tests of statistical significance when using these data. The so-called “design effect” or deff represents the loss in statistical efficiency that results from unequal weights. The combined total design effect for both surveys is 1.31. 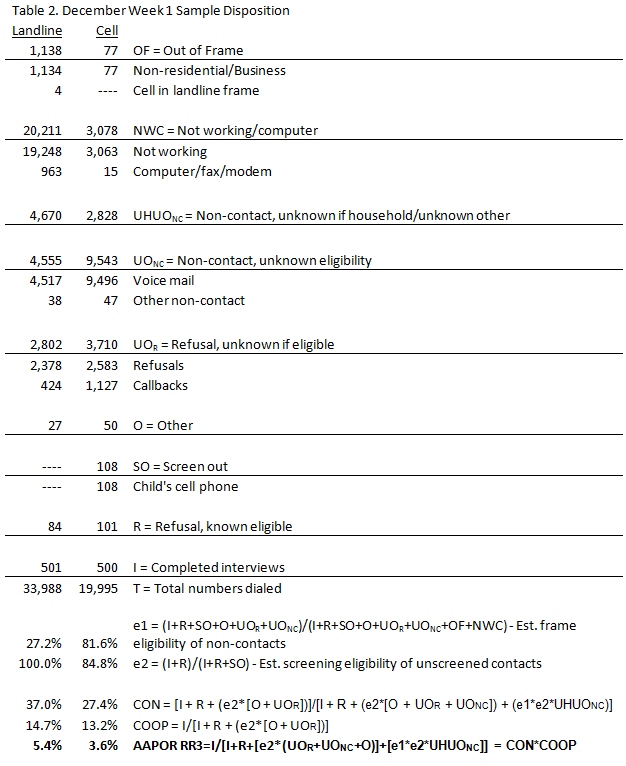 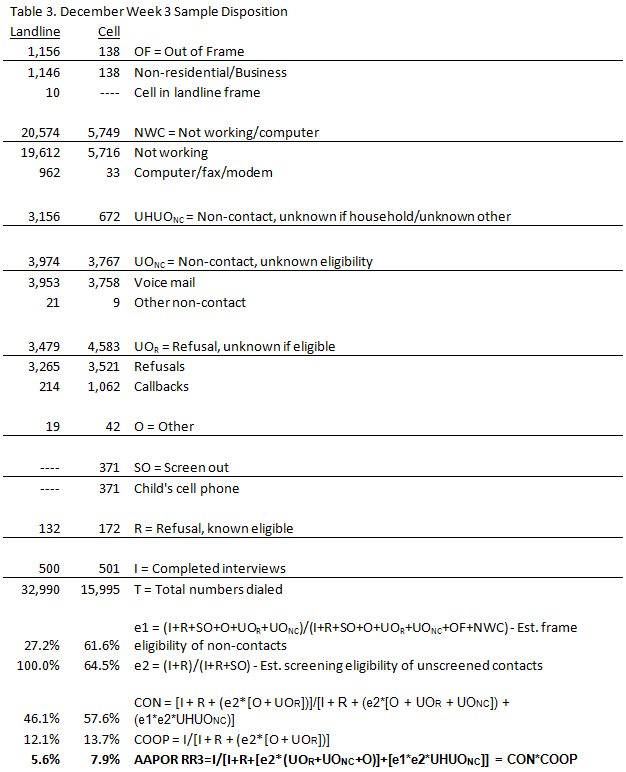 Next: Appendix B: About the American Trends Panel October Wave
← Prev Page
Page1Page2Page3Page4Page5You are reading page6Page7Page8
Next Page →

6 facts about Americans and their smartphones