This report is based on the findings of a survey on Americans’ use of the Internet. The results in this report are based on data from telephone interviews conducted by Princeton Survey Research Associates International from April 17 to May 19, 2013, among a sample of 2,252 adults, age 18 and older. Telephone interviews were conducted in English and Spanish by landline (1,125) and cell phone (1,127, including 571 without a landline phone). For results based on the total sample, one can say with 95% confidence that the error attributable to sampling is plus or minus 2.3 percentage points. For results based on Internet users2 (n=1,895), the margin of sampling error is plus or minus 2.5 percentage points. In addition to sampling error, question wording and practical difficulties in conducting telephone surveys may introduce some error or bias into the findings of opinion polls. 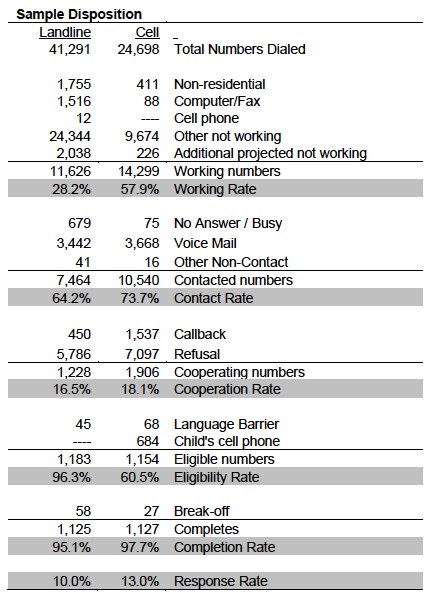 Cell Phone Activities 2013
Twitter Update 2011
So far, Trump has granted clemency less frequently than any president in modern history
Biden Begins Presidency With Positive Ratings; Trump Departs With Lowest-Ever Job Mark
Almost all U.S. presidents, including Trump, have been Christians
How we know the drop in Trump’s approval rating in January reflected a real shift in public opinion
What Biden and Trump voters say they want the other candidate’s supporters to know about them