The 2012 Health Survey, sponsored by the Pew Research Center’s Internet & American Life Project and the California HealthCare Foundation, obtained telephone interviews with a nationally representative sample of 3,014 adults living in the United States. Telephone interviews were conducted by landline (1,808) and cell phone (1,206, including 624 without a landline phone). The survey was conducted by Princeton Survey Research Associates International. Interviews were done in English and Spanish by Princeton Data Source from August 7 to September 6, 2012. Statistical results are weighted to correct known demographic discrepancies. The margin of sampling error for the complete set of weighted data is ±2.4 percentage points. 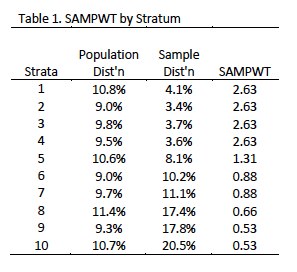 The combined data was then raked to match population parameters for sex by age, sex by education, age by education, region, household phone use and population density. The white, non-Hispanic subgroup was also balanced by age, education and region. The telephone usage parameter was derived from an analysis of recently available National Health Interview Survey data.9 The population density parameter is county-based and was derived from Census 2000 data. All other weighting parameters were derived from the Census Bureau’s 2011 Annual Social and Economic Supplement (ASEC). 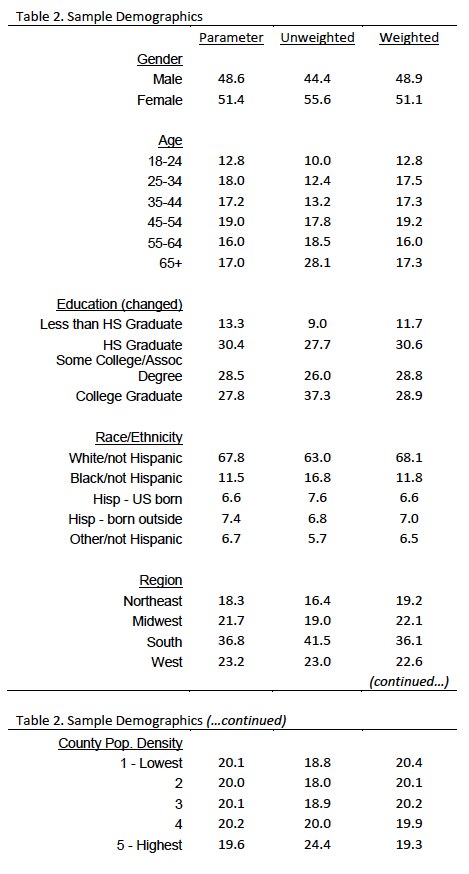 The survey’s margin of error is the largest 95% confidence interval for any estimated proportion based on the total sample — the one around 50%. For example, the margin of error for the entire sample is ±2.4 percentage points. This means that in 95 out of every 100 samples drawn using the same methodology, estimated proportions based on the entire sample will be no more than 2.4 percentage points away from their true values in the population. It is important to remember that sampling fluctuations are only one possible source of error in a survey estimate. Other sources, such as respondent selection bias, question wording and reporting inaccuracy may contribute additional error of greater or lesser magnitude. Table 3 shows design effects and margins of error for key subgroups.