Americans are split in their views of how much a lack of access hurts non-users.

Americans are split in their views of how much a lack of access hurts non-users. The worst disadvantage they cited related to job opportunities and career-improvement skills.

In order to evaluate the importance that Americans place on a high-speed internet connection, we asked all of our survey respondents (including broadband users, dial-up users and non-internet users) whether individuals who do not have access to high speed internet access at home are at a disadvantage when it comes to different aspects of modern life. In all of the examples we gave, a majority of respondents said they thought lack of broadband access was a “minor disadvantage” or “not a disadvantage” to doing the activities. 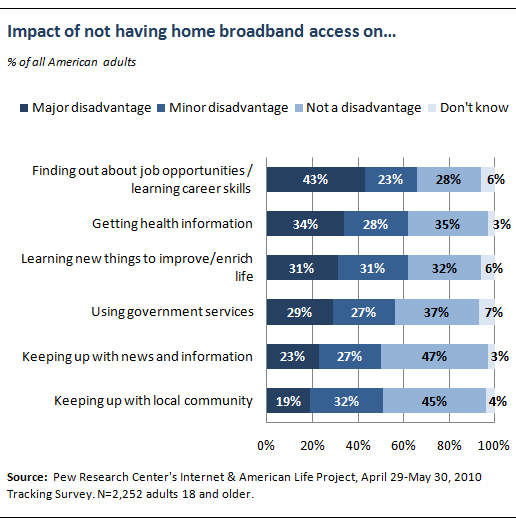 Minority Americans see a lack of broadband access as a major hindrance to accomplishing numerous tasks, while seniors are less likely to see the drawbacks of a lack of high-speed access

Minority Americans and young adults are among the groups that are most attuned to the need for a home broadband connection. African-Americans and English-speaking Latinos are significantly more likely than whites to say that a lack of broadband access is a “major disadvantage” when it comes to finding out about job opportunities; getting health information; learning new things to improve or enrich one’s life; using government services; and keeping up with local community happenings. 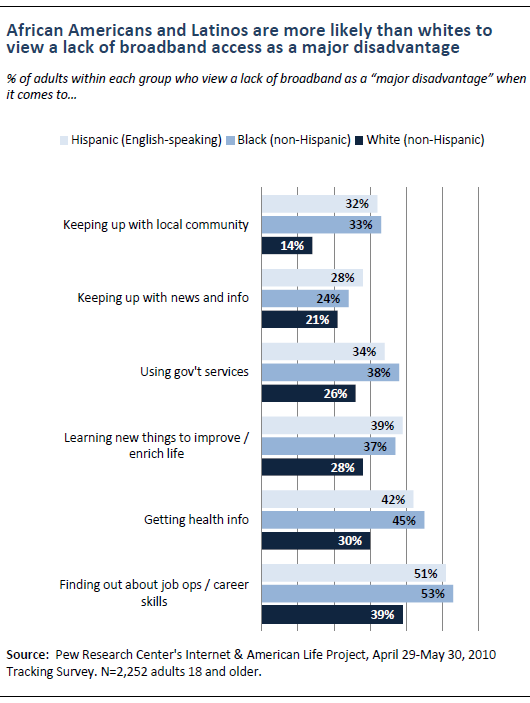 On the other side of the spectrum, attitudes about the importance of broadband service in daily life drop dramatically for those ages 65 and older. Seniors are significantly less likely than other age groups to view a lack of broadband access as a major disadvantage across a range of topics—from finding out about job or career opportunities to using government services. 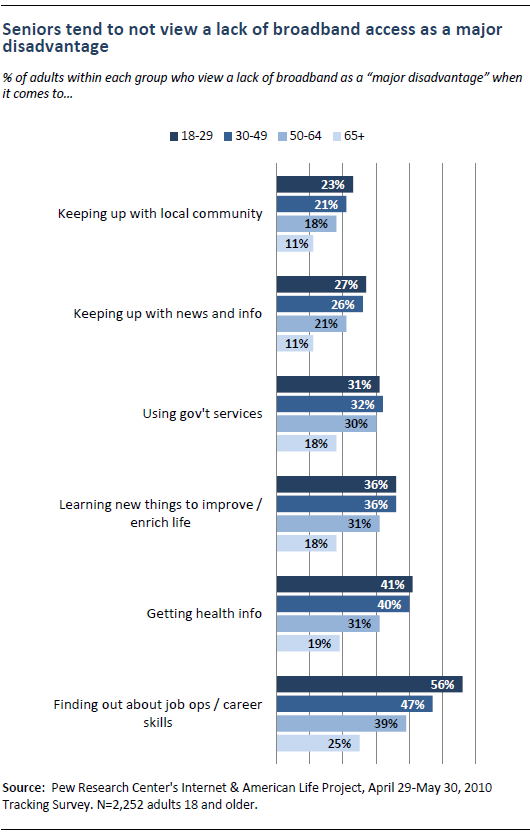 When asked whether expanding high speed access to everyone in the country should be a priority of the federal government, one in ten Americans (11%) say that it should be a “top priority” while three in ten (30%) feel that it is “important, but a lower priority”. One quarter each say that federal promotion of broadband expansion is “not too important” (27%) or “should not be done” (26%).4

Opposition to federal promotion of broadband access is concentrated most highly among older Americans and those who do not currently go online. One third of 50-64 year olds (32%) and 43% of those ages 65 and older feel that the federal government should not attempt to expand broadband access—this is significantly higher than the proportion of 18-29 year olds (14%) and 30-49 year olds (21%) who feel this way. 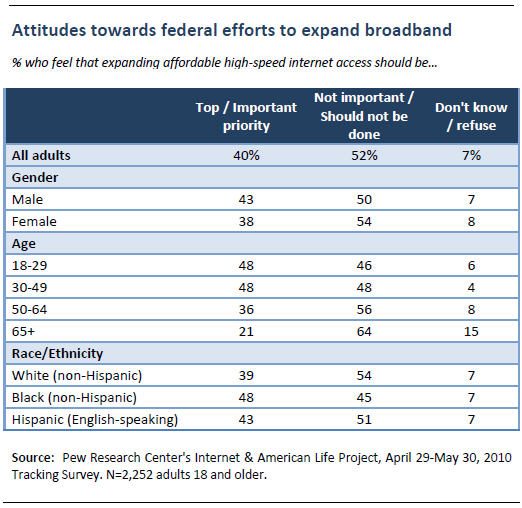 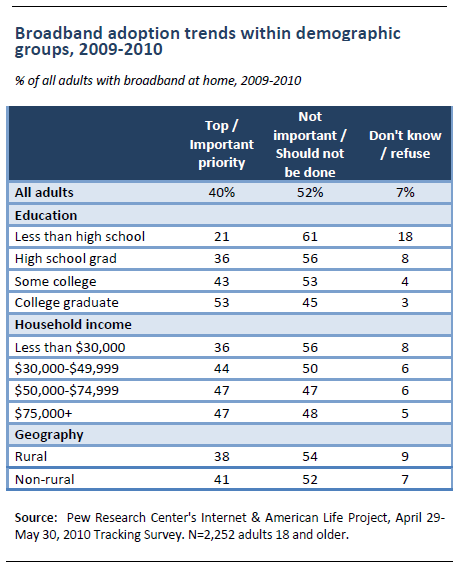 Similarly, among non-internet users just 5% feel that federal government policies to expand broadband access are a “top priority” while nearly half (45%) say that this “should not be done”. Interestingly, broadband users do not differ significantly from dialup users on this question—the primary divide is between those that go online and those that do not. 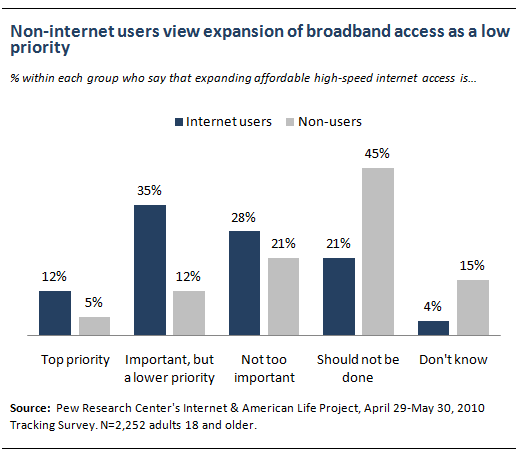 Home Broadband 2010 Trends in broadband adoption
Attitudes towards broadband and broadband investment
Americans are split in their views of how much a lack of access hurts non-users.Minority Americans see a lack of broadband access as a major hindrance to accomplishing numerous tasks, while seniors are less likely to see the drawbacks of a lack of high-speed accessExpanding affordable high-speed broadband service is generally seen as a low government priority
Methodology