The current state of wireless internet use 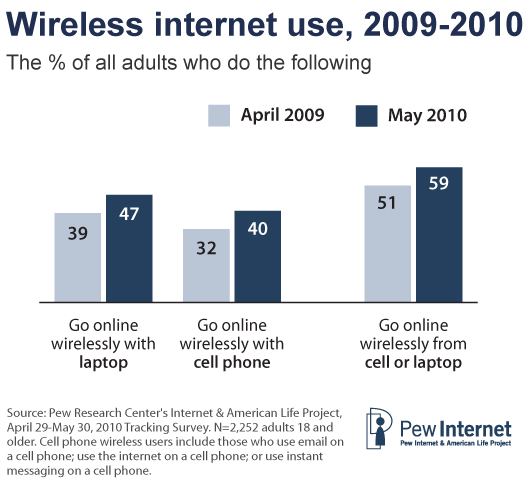 Laptop computers and cell phones are the primary way Americans go online wirelessly. When we include other devices (such as mp3 players, e-book readers or tablet computers) in our definition of wireless internet usage, total usage increases by just one half of one percentage point. These other devices will be discussed individually in more detail in Part Three — Mobile Access Using Laptops and Other Devices.

This eight point year-to-year increase in wireless internet usage is reflected across a fairly broad range of demographic groups, with 18-29 year olds and those with a household income of less than $30,000 per year showing the greatest increases on a percentage point basis. Wireless internet usage remained flat for only a small number of groups, such as Latinos and those older than 50—although in contrast to older Americans, Latinos continue to have high overall rates of wireless adoption. In interpreting these figures, it is important to keep in mind that our survey did not provide a Spanish-language option so all data for Hispanics represents English-speaking Hispanics only.2

These higher rates of growth in wireless internet use by whites and African-Americans compared with Latinos are largely a function of laptop adoption. Rates of laptop ownership have grown dramatically among African-Americans in the last year (from 34% in 2009 to 51% in 2010) and moderately among whites (from 47% to 55%). By contrast, laptop ownership among English-speaking Latinos has remained flat over that time (54% of Latinos currently own a laptop computer, compared with 56% who did so in 2009). 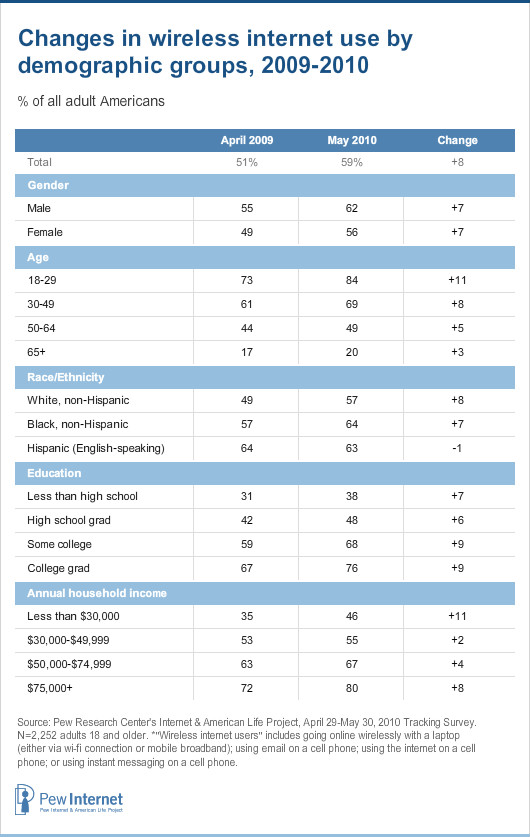 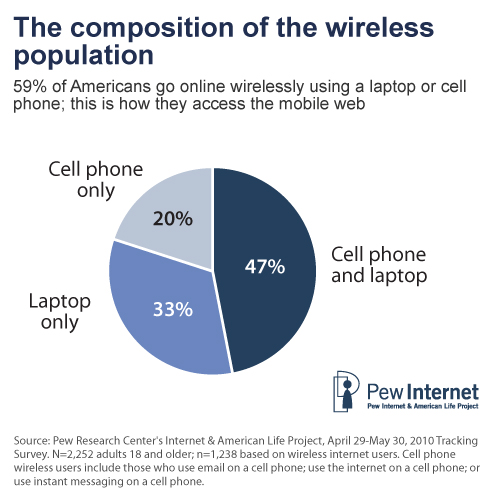 Several groups have relatively high rates of cell phone internet use. Some of these include:

Seniors are currently the group with the lowest levels of wireless internet usage. Eight in ten seniors (those ages 65 and older) are either internet users who do not go online wirelessly (24%) or not online at all (56%). 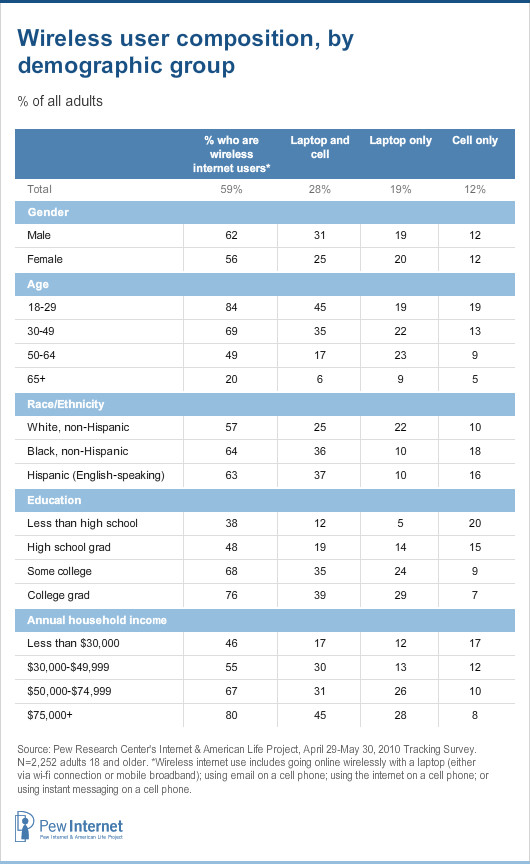