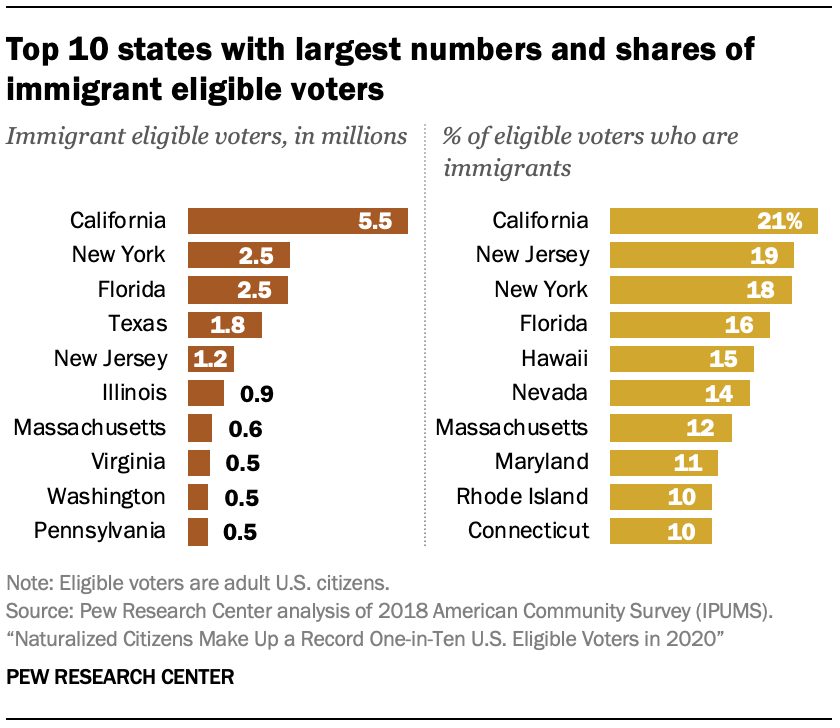 The four states with the largest eligible voter populations – California, New York, Florida and Texas – are also home to most immigrant eligible voters. Together, these states hold over half (56%) of the nation’s immigrant voters.

California has the largest immigrant eligible voter population by a large margin. In addition, immigrants make up 21% of California’s eligible voters, the highest of any state. New Jersey (19%), New York (18%) and Florida (16%) have the next highest shares. 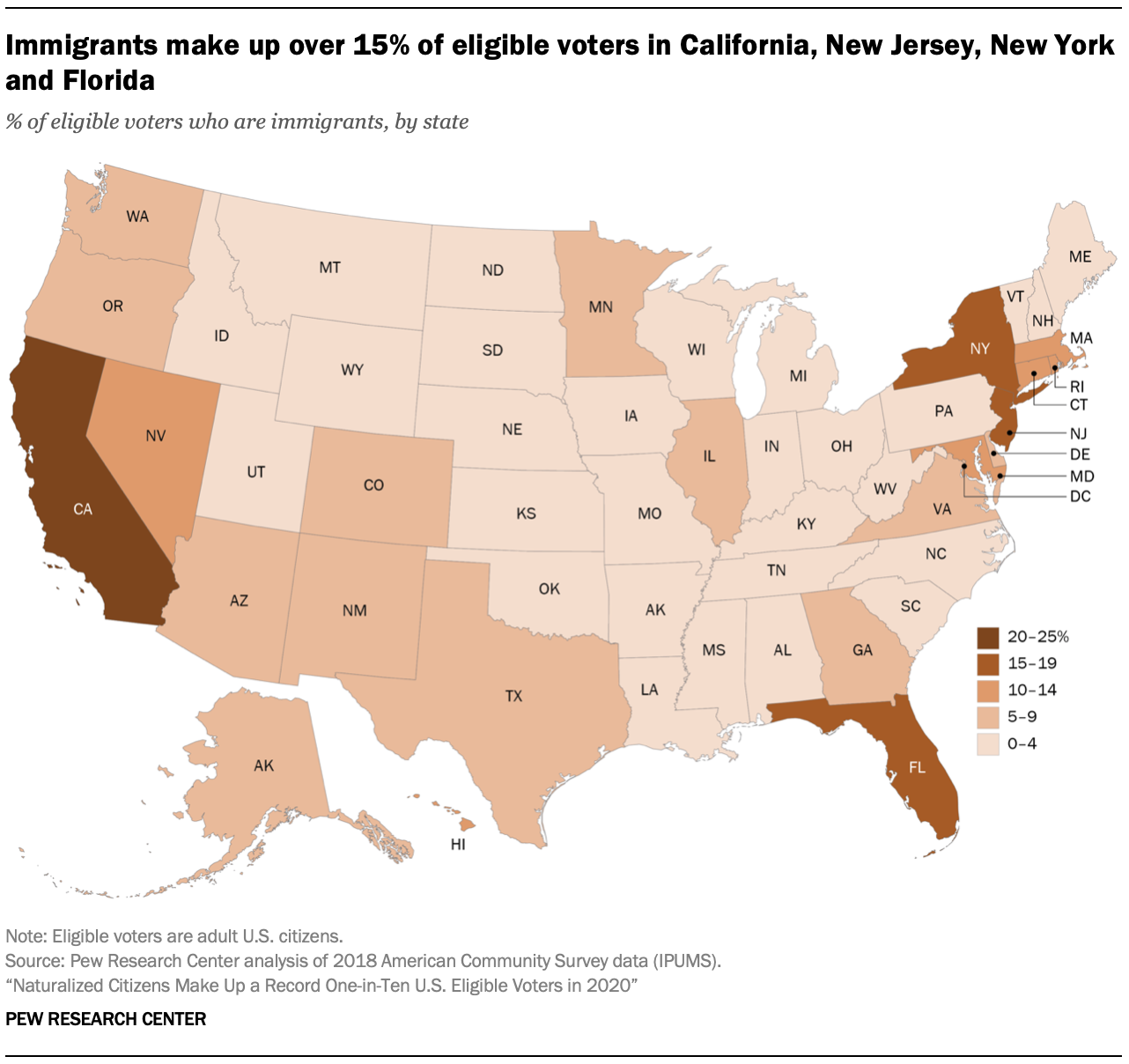 Where the immigrant electorate is growing fastest

In states with largest immigrant electorates, Mexico is often top country of birth

Most of the 23 million immigrants eligible to vote in 2020 election live in just five states
Where Latinos have the most eligible voters in the 2020 election
Mapping the 2020 Latino electorate
Millennials Make Up Almost Half of Latino Eligible Voters in 2016
An Awakened Giant: The Hispanic Electorate is Likely to Double by 2030
10 key findings about Jewish Americans
Defining generations: Where Millennials end and Generation Z begins
Jewish Americans in 2020
Quiz: Are you a Core Conservative? A Solid Liberal? Or somewhere in between?
What We Know About Gen Z So Far