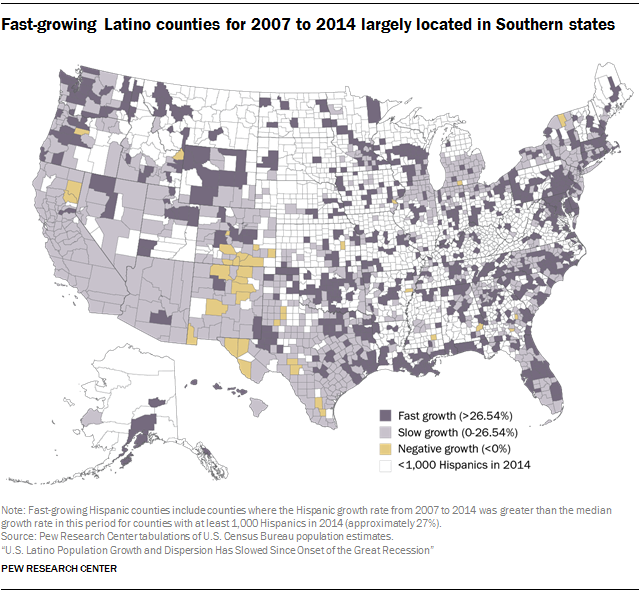 The 10 fastest-growing county Hispanic populations since the onset of the Great Recession (among those that had at least 1,000 Hispanics in 2014) are dispersed across the country and include Luzerne County in Pennsylvania, Beadle County in South Dakota and Duchesne County in Utah. Only three counties in the top 10 were in Southern states.

By contrast, counties in Southern states dominated the list of fastest-growing Hispanic counties prior to the Great Recession. From 2000 to 2007, eight of the 10 fastest-growing Hispanic counties were in the Southern states of Georgia (home to three such counties), Mississippi (one), North Carolina (one), Tennessee (one) or Virginia (two). Two exceptions were Trempealeau County, Wisconsin, and Luzerne County, Pennsylvania, where the number of Hispanics more than quadrupled. Stewart County, Georgia, topped the list for the highest growth rate of Hispanics between 2000 and 2007. By 2007, Stewart County had only 1,070 Hispanics, nearly 14 times the number that lived there in 2000. 8 (See Appendix C for a table presenting the top 30 fast-growing Hispanic counties for 2000 to 2007.) 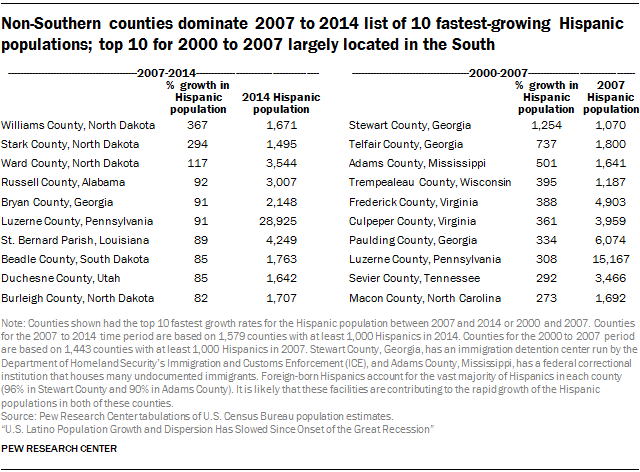 How many fast-growing Hispanic counties since 2007?

About a quarter of the U.S. Hispanic population lived in fast-growing counties in 2014 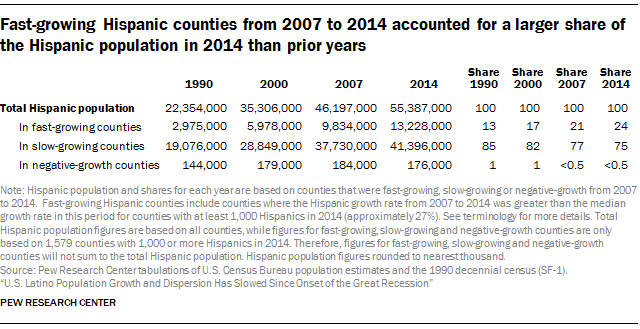 Geography of the fast-growing Hispanic counties 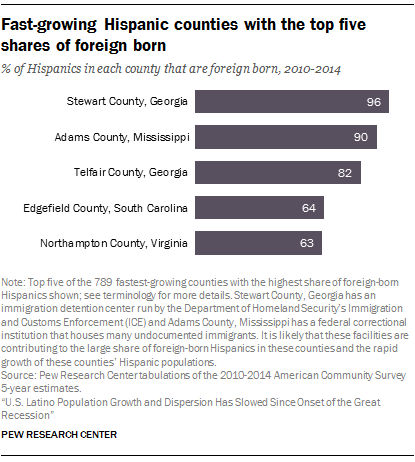 A majority of Hispanics in fast-growing counties are English proficient 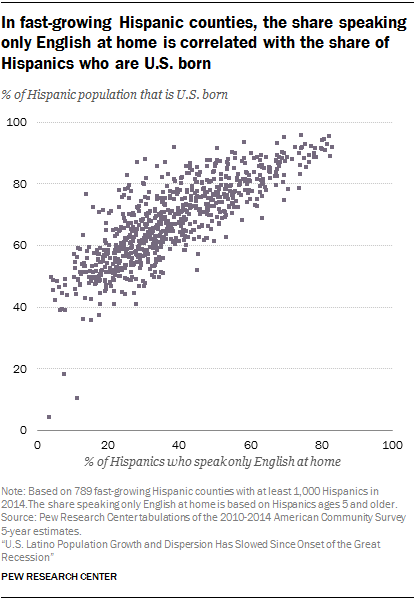 What’s more, on average, 72% of Hispanics in fast-growing counties are English proficient – meaning they speak only English at home or speak a non-English language at home but say they speak English very well. This is above the national average for Hispanics – 68% of all Hispanics ages 5 and older are proficient in English. 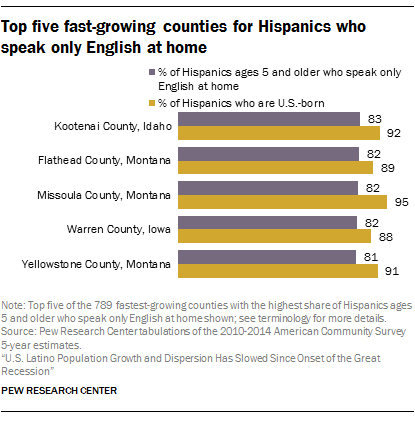 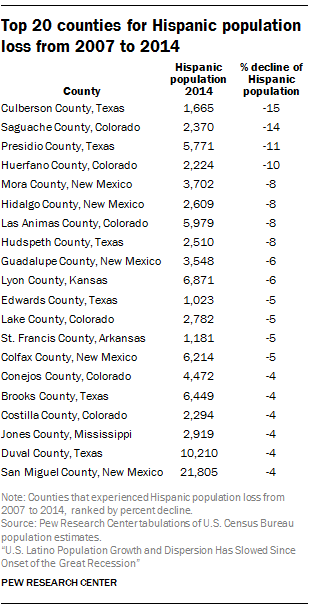 Overall, between 2000 and 2007, there were a total of 46 counties where the Hispanic population declined (among counties with at least 1,000 Hispanics in 2007). More than a third (37%, or 17 counties) were located in Texas. There were also 11 in New Mexico and seven in Colorado. The other counties were in New York (three); Kansas, Louisiana and Virginia (two each); and Arkansas and Georgia (one each).

Between 1990 and 2000, only 25 counties with at least 1,000 Hispanics in 2000 experienced declining Hispanic populations. These counties were predominately located in the South, and half were in Texas. (See Appendix B for a map showing these counties.)