The Latino population is among the fastest growing in the nation, and has dispersed across the U.S. over the past two decades (Brown and Lopez, 2012). This has resulted in a growing Latino presence among eligible voters in many parts of the country.

In six competitive districts, Hispanics make up less than 5% of eligible voters. Democrats control all but one of these districts (Iowa’s 3rd District is an open seat last held by a Republican.

Latino Voters in the States 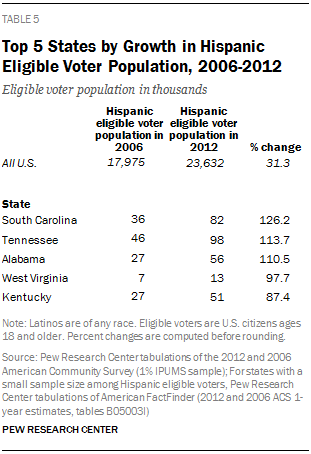 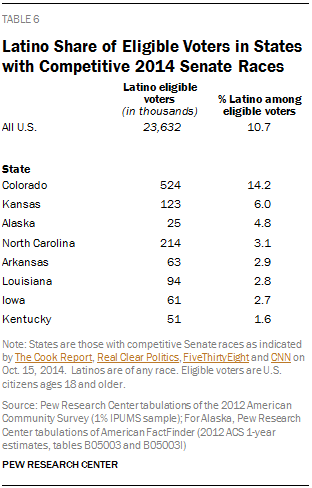 The Hispanic electorate is small in both size and share in some states with competitive Senate races. For example, in Kentucky, 51,000 Hispanic eligible voters account for 1.6% of the state’s 3.3 million total eligible voters. 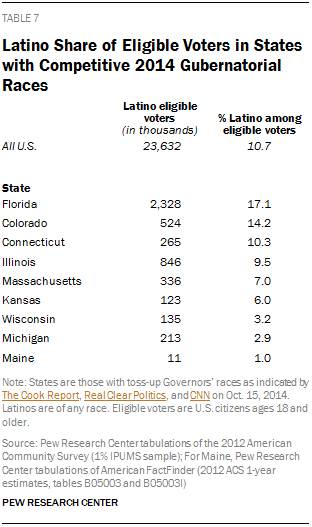