The jobs recovery still lacks momentum: The economy has not restored all of the jobs that were lost in the recession and is adding new jobs at a pace that is barely keeping ahead of the additional supply of workers. At the end of 2013, all major labor market indicators, such as employment and unemployment rates, trailed their pre-recession levels. 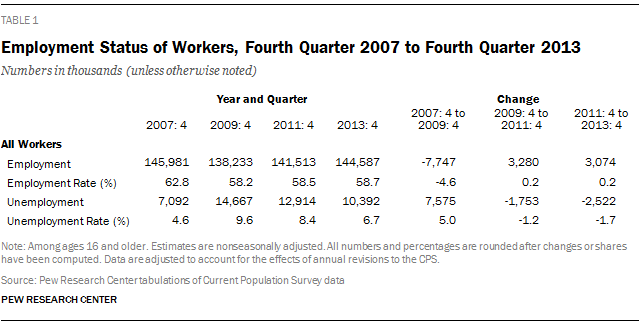 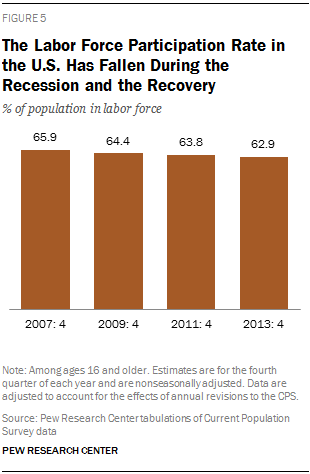 Perhaps not all of the decrease in the unemployment rate from 2009 to 2013 can be credited to the economy recovery. Some of it may be due to people leaving the labor force because they are discouraged by not being able to find work. People who stop looking for work are not counted as unemployed. The trend in the labor force participation rate—the share of the working-age population that is working or looking for work—supports this hypothesis as it has fallen even during the recovery, from 64.4% in 2009 to 62.9% in 2013.9

Next: Chapter 2: The Jobs Recovery for Hispanics
← Prev Page
Page1You are reading page2Page3Page4Page5Page6Page7Page8Page9Page10
Next Page →