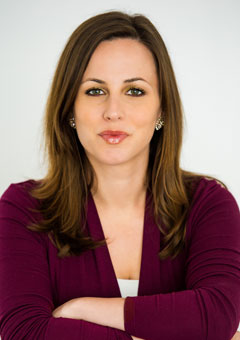 It’s easiest to imagine my non-Hispanic white mother’s role in my Latina identity as the “absence of.” If I’d had a Latina mother, the logic goes, I would speak fluent Spanish. I would have a proper reverse hyphenated surname, not the middle name “Jacobsen” that falls like an awkward feminist disclaimer between the very Latin “Alicia” and “Menendez.” But in reality, much of my Hispanic identity is the product of my Irish-German-Norwegian, third generation New Jersey mother, Jane, who swears that she was Dominican in her previous life.

Jane’s first contribution to my identity was her proactive choice to raise us in the same place she and my father grew up. Take exit 17 off the Turnpike, the last exit before the Lincoln Tunnel, make a right by the Toys ‘R’ Us onto Kennedy Boulevard and you’ll find yourself in the most densely populated city in America, Union City, New Jersey. The first wave of Hispanics who came to the “embroidery capital of the world” were Cuban exiles, among them, my paternal grandparents, aunt and uncle. By the time my brother and I were in middle school, many of the Cubans had moved up and out, and were replaced with new waves of Dominicans, Puerto Ricans, Colombians and Ecuadorians.

If you grow up in Union City, you are likely, by default, to be effectively Hispanic. You learn to salsa by middle school. On at least one birthday, you’ll be honored with an actual “Barby” (the kind they sell at the 99 cents store, not to be confused with Mattel’s “Barbie”) popping out of your cake. And you’ll find it odd later in life when people say hello without cheek-to-cheek kisses.

If I’d had another mother, even a Latina mother, who wanted to uproot us from Union City, all of that cultural nuance would have been lost.

At home, my mother’s efforts were never forceful or overt. She simply loved Hispanic culture and she expressed that with authenticity and genuine curiosity. My mom is the one who put Isabel Allende books in my hands. She is the one who knew, long before he won a Pulitzer, that Junot Díaz was going to be a big deal. She’s the one who makes café con leche every morning.

Yes, I bury my head in my hands every time my mother proudly declares that the only Spanish she knows is “Una cerveza, por favor.” I laugh every time an email from “Juana” pops up in my inbox, or my mom calls me from her car phone to say that she’s “bachat’ing up the Turnpike.” But the truth is that without my gringa mother, I might not be as proud to be Latina as I am today.