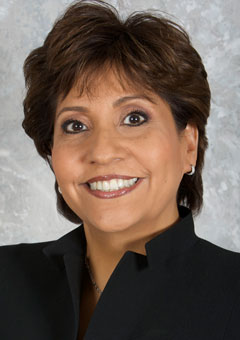 Pew Hispanic’s recent report on Hispanic identity underscores the complexity with which Latinos view themselves. Unfortunately, too many have interpreted this complexity as a negative thing. For example, the study shows that nine in ten Latinos believe it is important for future generations of Hispanics to speak Spanish. Based on this, some have concluded that Latinos aren’t interested in learning English. Yet this misconception has been smashed time and again in a host of surveys. In fact, the Pew study also found nine in ten Hispanics believe that immigrants need to learn English in order to succeed in this country.

It is no contradiction for Hispanics to value both English and Spanish or to be deeply proud of their countries of origin yet also fiercely patriotic to the U.S. That’s the multi-faceted nature of Hispanic identity. That is why when Hispanics in this survey say they prefer to identify themselves by their or their family’s country of origin, it doesn’t mean they don’t identify with the other 52 million Latinos in this country.

In fact, the study shows a community much more comfortable with the terms “Hispanic” or “Latino” than the people surveyed in the 1990 Latino National Political Survey, the first major Latino survey ever conducted.

But to paraphrase a saying, the proof of this is in the pudding. Look at the unity we’ve seen in recent years on the issue of immigration. On paper, immigration is not an issue that affects Puerto Ricans or Cuban-Americans much. But are there any stronger voices for immigrants than Rep. Luis Gutierrez, a Puerto Rican congressman from Chicago, and Sen. Bob Menendez, a Cuban-American senator from New Jersey? And isn’t it a Cuban-American U.S. Senator, Marco Rubio, who is trying to save the Republican Party from themselves on this issue?

The reality is that there is a connection among the 50 million-plus Hispanics. When one group is attacked, we know it’s an attack on us all, as Dr. Martin Luther King, Jr. so eloquently said. We should want, and we should work, to be connected. Because in our unity lies the power to make the policy changes necessary to advance our community and our country forward.