Among 18- to 24-year-olds, the increase in college enrollment was entirely accounted for by the increase in the enrollment of young Hispanics. Since October 2009, young Hispanic enrollment increased by nearly 350,000 students, a 24% increase. As discussed below, the Latino enrollment increase cannot be entirely accounted for by population increase. The Hispanic 18- to 24-year-old population in toto increased by only 7% from 2009 to 2010. 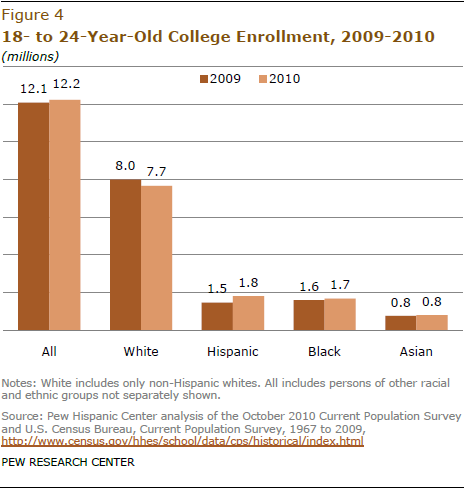 Among 18- to 24-year-olds, surging Latino enrollment has resulted in Latinos becoming the largest minority group among young college students in 2010. In October 2010 there were 1.8 million Hispanic 18- to 24-year-olds enrolled in college, surpassing the 1.7 million black college students in that age group. However, Hispanics were not the largest minority population at four-year colleges and universities.4 At two-year colleges, Hispanic enrollment (0.83 million) was about 200,000 students above black enrollment (0.63 million). 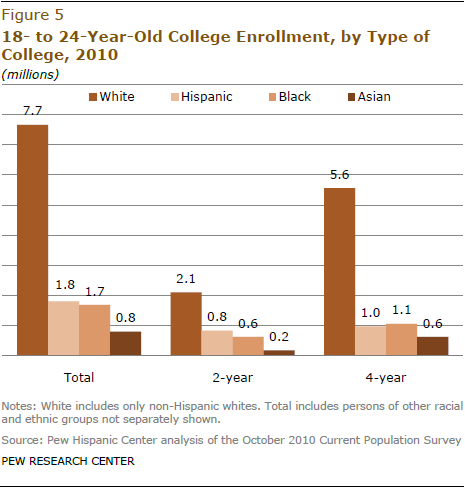