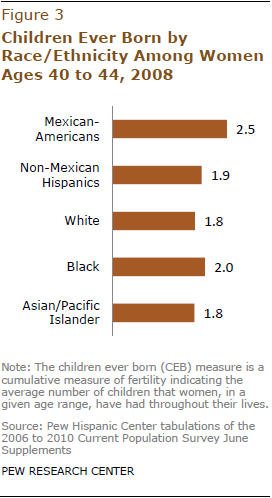 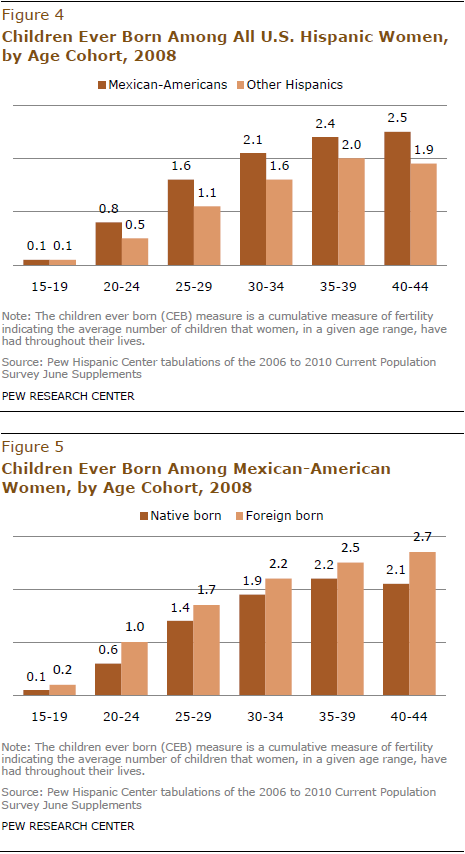 Among Mexican-American women, fertility differs by immigration status. On average, the typical Mexican immigrant woman ages 40 to 44 has about one-third more children over the course of her lifetime than the typical U.S.-born Mexican-American in the same age group—2.7 versus 2.1.