Even though the national debate about immigration policy has been highly contentious for several years, Latinos do not rank it as one of the top issues they think about in the context of next week’s congressional elections. Nonetheless, a majority of Latinos say that in the past year they have discussed the immigration policy debate with family and friends, and one-in-seven say they have participated in a demonstration to support immigration rights. When it comes to the political parties, the Democrats’ agenda on immigration policy is seen as the best.

The Issue of Immigration 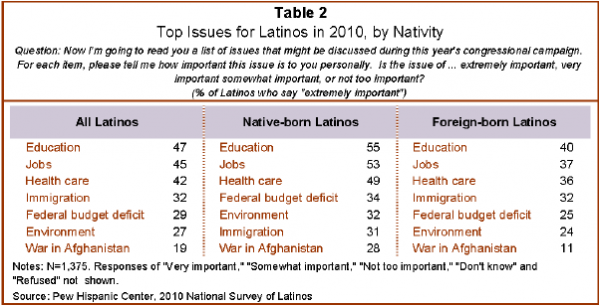 Are Immigrant Hispanics and Native-Born Hispanics Working Together? 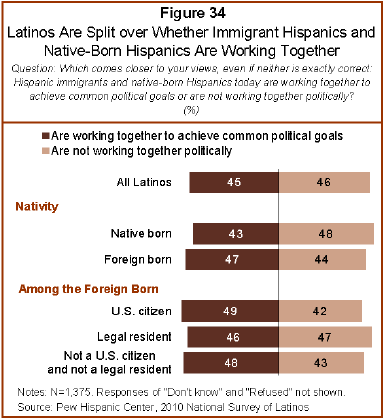 Which Party Has the Better Agenda on Immigration 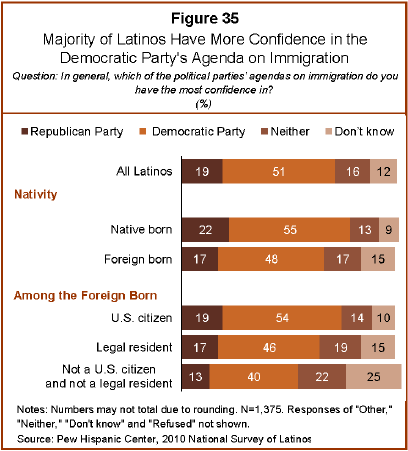 More than six-in-ten (62%) Hispanics say they have discussed the immigration policy debate with family, friends or co-workers in the past year, while 37% say they have not. This level of discussion among Hispanics is similar for the native born (63%) and the foreign born (60%). 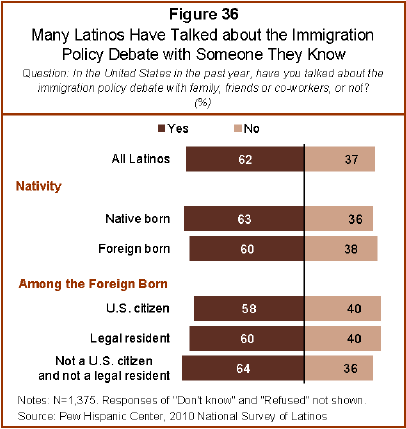 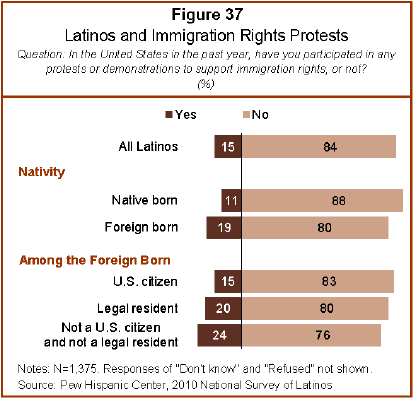