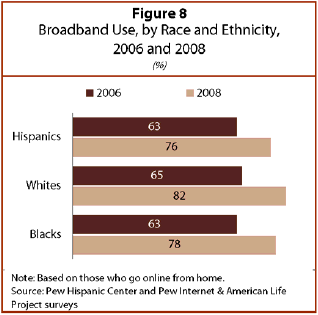 In many surveys over the past seven years, the Pew Internet & American Life Project has found that internet users with home broadband access are more engaged with the online world. The “always on” internet becomes an information and communications source that people rely on for staying in touch with friends and family and finding out what is going on in their communities (Horrigan 2009).

Looking specifically at Latinos who went online from home, the native born were more likely than those born outside the U.S. to have used a broadband connection in 2008 (83% vs. 68%). This pattern persists even controlling for nativity differences in educational attainment, household income, English proficiency, and homeownership.

There were no significant differences in broadband access among Latino home users based upon age or homeownership status. 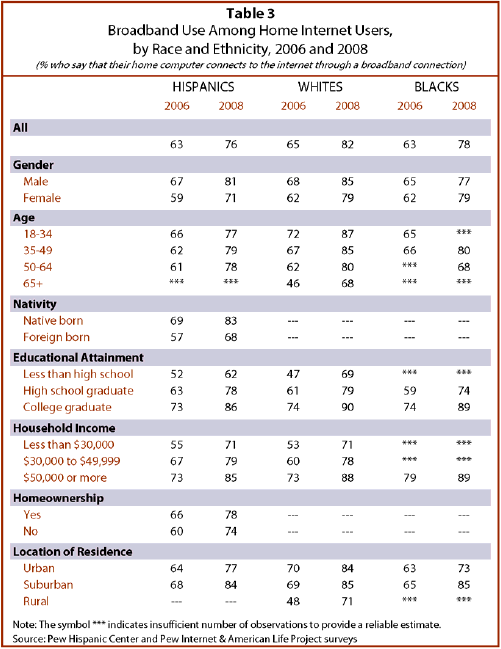 Next: Appendix A: Methodology
← Prev Page
Page1Page2Page3You are reading page4Page5
Next Page →