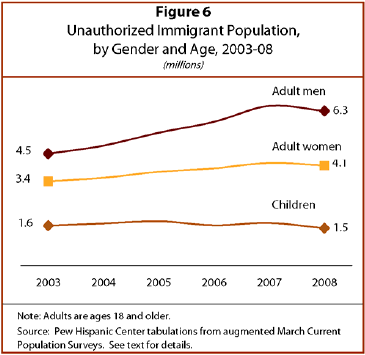 There were 6.3 million men, 4.1 million women and 1.5 million children under age 18 living in the United States as unauthorized immigrants in March 2008. 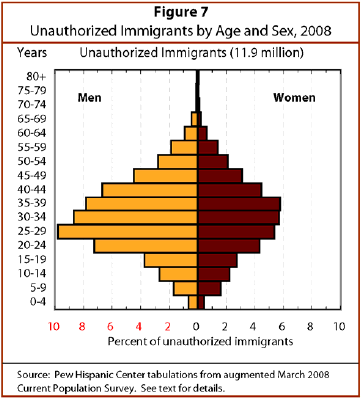 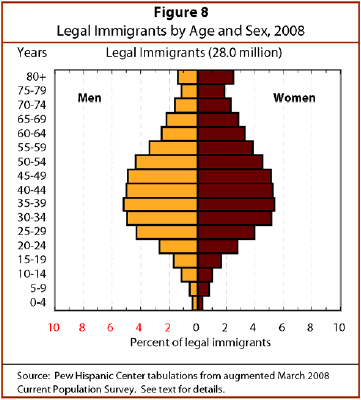 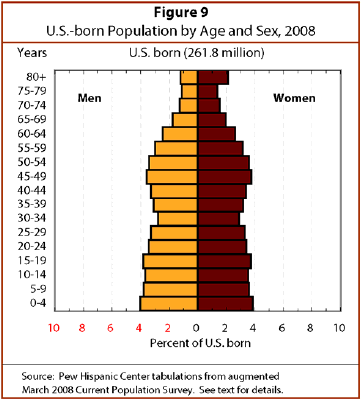 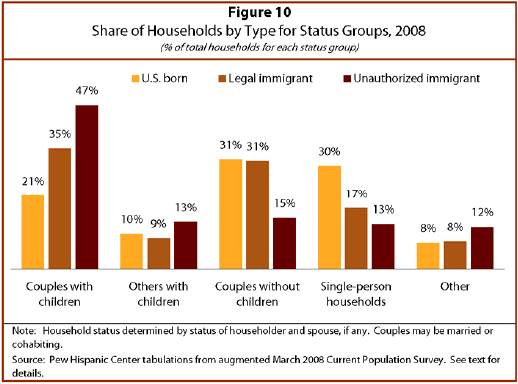 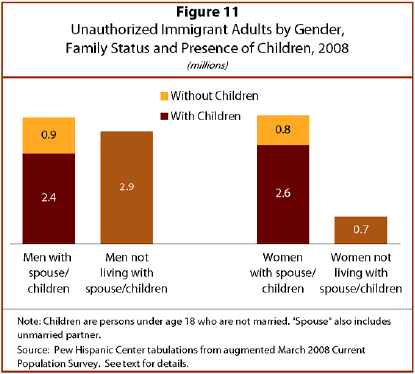 The living circumstances of individuals echo the pattern seen for households. Among adults who are unauthorized immigrants, nearly two-thirds—6.7 million—live with a spouse or a cohabiting partner (either with or without children). The share is higher for women (83%) than for men (53%). Most of this group (5.1 million) live with a spouse. 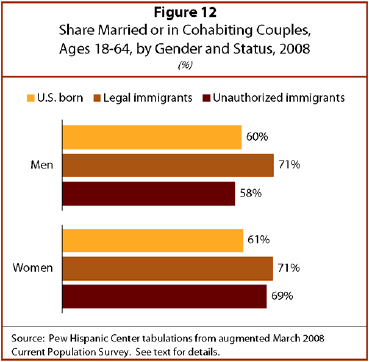 There are 3.6 million unauthorized immigrants who do not live with a spouse, partner or children.2 These “unpartnered adults without children” are 35% of unauthorized adult immigrants, a share unchanged since 2005. Nearly half of men (47%) fit this description, as do 17% of women. The number of men in this group has increased since 2003; the number of women has not. 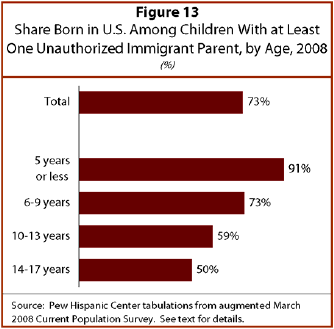 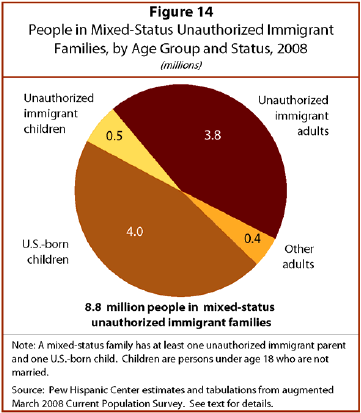