About half of the nation’s estimated 11.9 million unauthorized immigrants live in just four states: California, Texas, Florida and New York. Their undocumented populations range in size from about 900,000 to 2.7 million.

In another group of four states—New Jersey, Arizona, Georgia and Illinois—the populations of unauthorized immigrants hover around half a million. The top eight states house more than two-thirds of undocumented immigrants (68%). 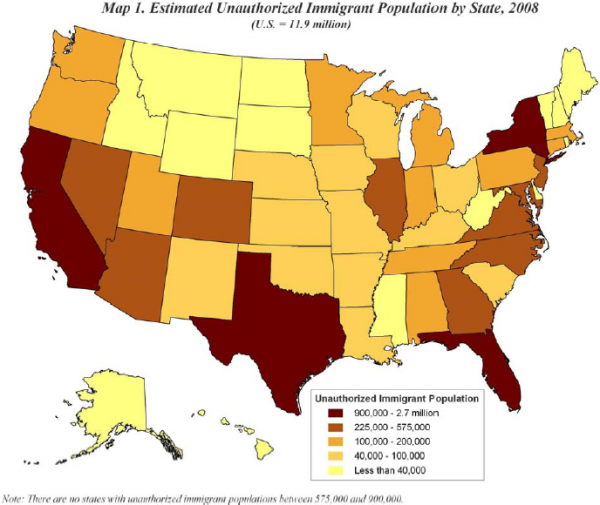 However, this does not tell the whole story of the geographic dispersion of the unauthorized immigrant population. In recent years, California’s growth has slowed and a group of fast-growing, new-destination states has attracted many newcomers, both legal and undocumented, from abroad. 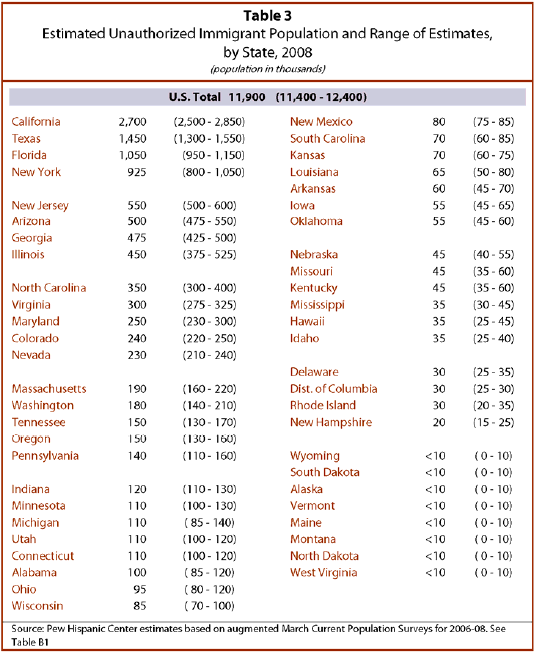 Five other large states that have been traditional immigrant destinations—Florida, Illinois, New Jersey, New York and Texas—still house 37% of the unauthorized immigrant population, little different from 1990. [See Table B1 and Table B8] 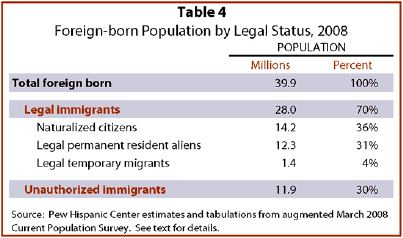