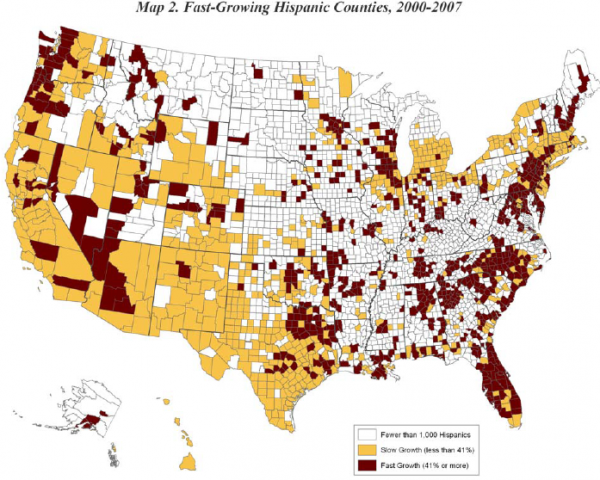 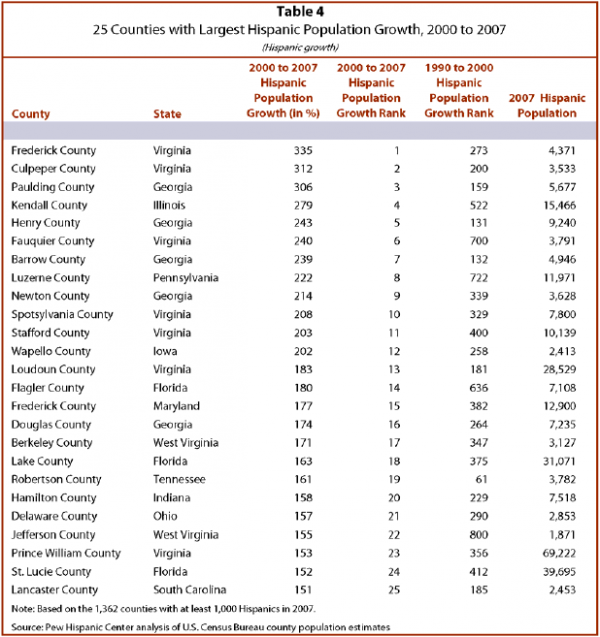 The importance of metropolitan counties is evident in the Table 4 list above of the 25 counties with the largest Hispanic population growth rates in the new century. Of the 25 fastest-growing counties, 22 are metropolitan counties. The only exceptions are Culpeper (Virginia), Wapello (Iowa), and Lancaster (South Carolina) counties, which are in micropolitan (non-metropolitan) statistical areas.

Next: IV. Hispanic Dispersion in the 1990s
← Prev Page
Page1Page2You are reading page3Page4Page5Page6Page7Page8
Next Page →