In each of the 14 countries polled in 2020, majorities credit the United Nations with promoting human rights and peace. However, the organization’s reputation for resolving international problems or caring about ordinary people is not as consistently positive. Only about half overall (median of 51%) say the UN deals effectively with global issues. Doubts are most pronounced in France and Japan, where just 43% in each country have confidence in the UN to deal effectively with problems. Even fewer Italians (40%) trust the UN on this count. 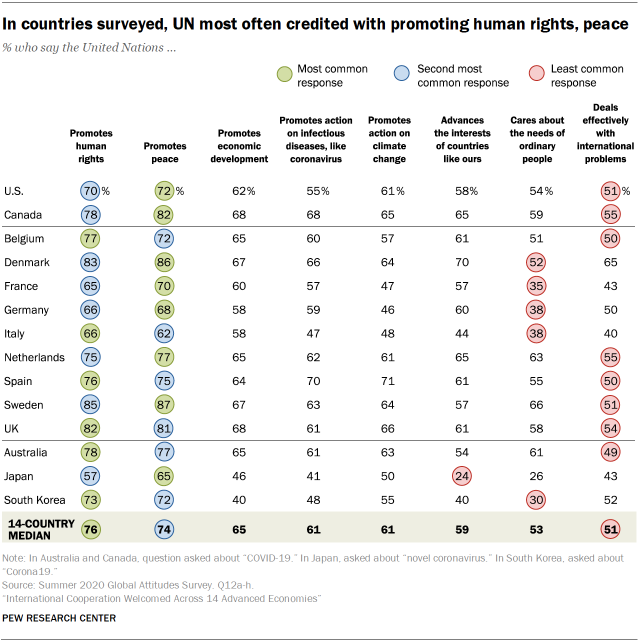 Similarly, there is considerable skepticism that the UN cares about the needs of ordinary people. A median of 53% believe this to be the case, but that share falls as low as 38% in Germany and Italy, and lower still in France (35%), South Korea (30%) and Japan (26%). 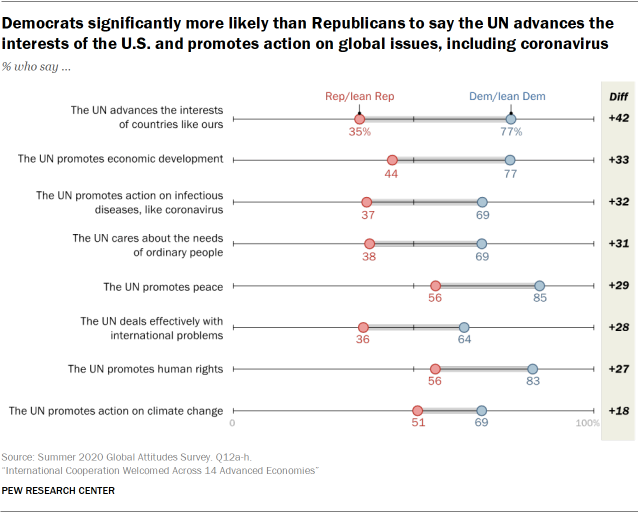 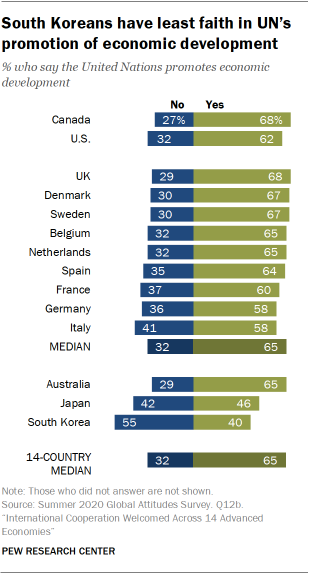 When asked if the UN advances the interests of countries like theirs, roughly three-quarters of Democrats and Democratic leaners (77%) agree, while about a third of Republicans and Republican leaners (35%) say the same. The closest the two parties’ proponents come to agreeing on the UN’s role in the world is on whether the organization promotes action on climate change, but even then, there exists an 18 percentage point difference between Democrats (69%) and Republicans (51%).

Most surveyed have a positive view of the UN’s promotion of economic development, with a 14-country median of 65% agreeing the United Nations does this. In 12 countries, majorities believe the UN promotes economic development. Two-thirds or more in Canada, the UK, Denmark and Sweden express this view. 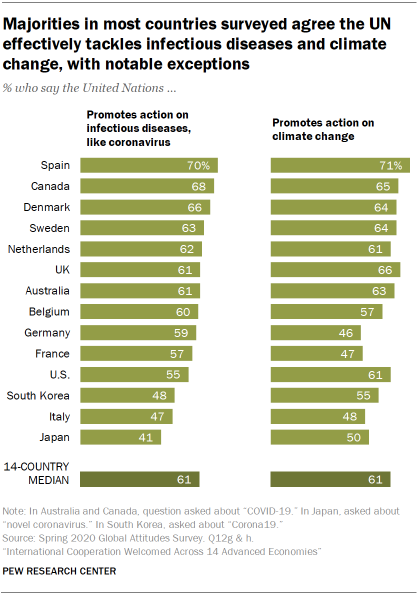 Majorities in most countries surveyed say the UN promotes efforts to fight infectious diseases, like coronavirus, and that it promotes action on climate change, two issues respondents most commonly cited as major threats to their countries. However, there are notable cross-national differences.

Just 41% in Japan and 47% in Italy give the UN good marks on fighting infectious diseases, compared with roughly two-thirds in Spain, Canada and Denmark.

Majorities in 10 countries give the UN positive marks on climate change, but just 46% of Germans, 47% of French, 48% of Italians and half of Japanese express this opinion.

Japan remains skeptical of the UN’s international problem-solving. Only 43% of Japanese consider the UN effective in the international arena. 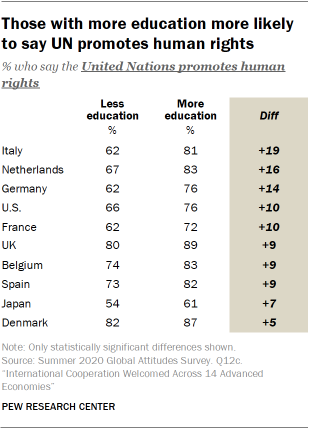 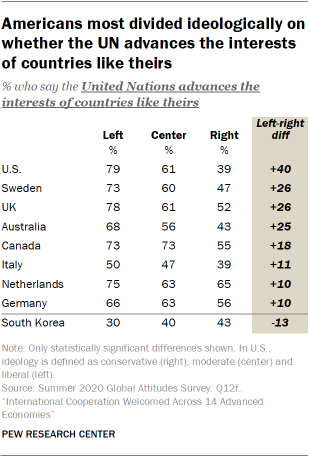 In contrast, those on South Korea’s ideological right (43%) are more likely than those on the left (30%) to agree that the UN looks out for the interests of countries like theirs.