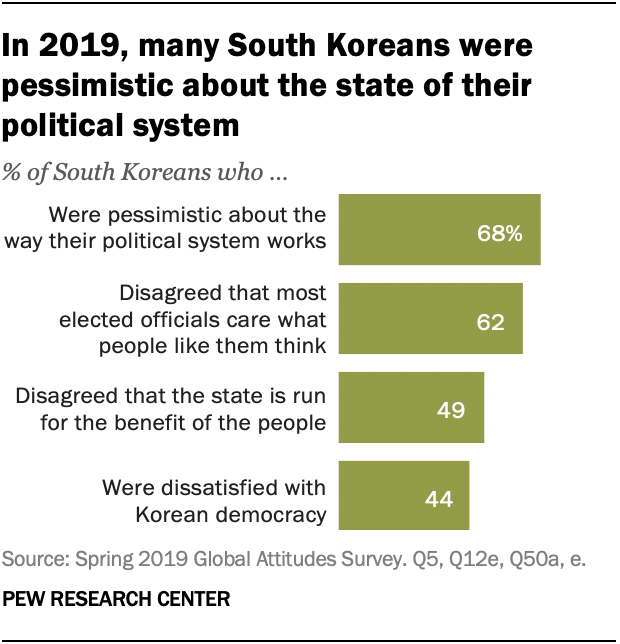 South Koreans are headed to the polls April 15 as the COVID-19 pandemic continues. While South Korea has been affected by the outbreak, it has flattened the curve of new infections and is proceeding with the election with certain protective measures in place. A total of 300 seats in the country’s legislative body, the National Assembly, are at stake.

It’s unclear how the country’s handling of the coronavirus may influence the election results. But a Pew Research Center survey conducted in spring 2019 examined South Koreans’ attitudes toward their democracy more broadly.