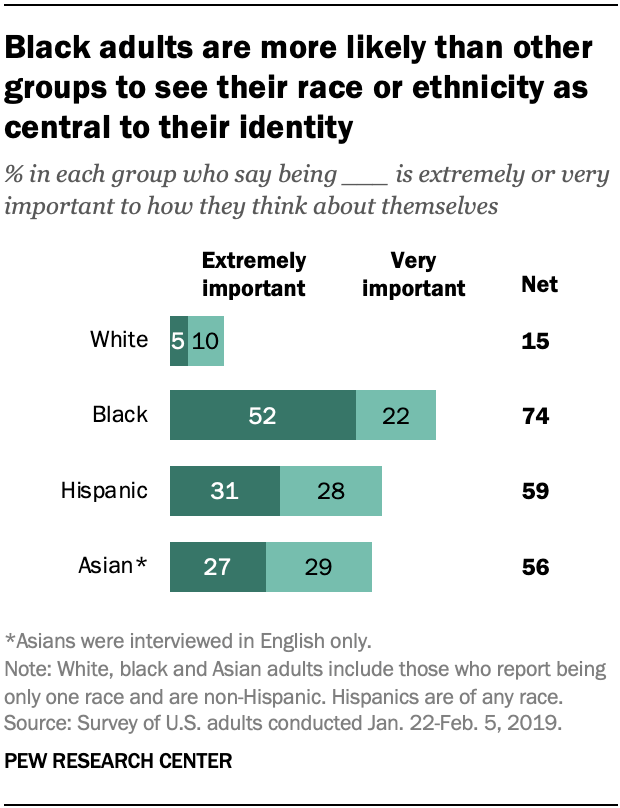 Black History Month, which is celebrated every year in February, honors the achievements of black Americans throughout history. It’s also a time to reflect on larger themes of identity and community. Findings from Pew Research Center surveys conducted in recent years show that most black adults feel that they are part of a broader black community in the United States and see their race as important to how they think of themselves.

About three-quarters of black adults say that being black is extremely (52%) or very (22%) important to how they think about themselves, according to a 2019 Pew Research Center survey. By comparison, about six-in-ten Hispanic (59%) and 56% of Asian adults say being Hispanic or Asian, respectively, is extremely or very important to their identity. Only 15% of white adults see race as a central piece of their identity. The share of black adults who say their race is central to their identity varies by age – adults younger than 30 deem race a less important part of their identity than do their older counterparts.

Here are the questions used for the 2019 report, along with responses, and its methodology.

Here are the questions used for the 2016 report, along with responses, and its methodology. 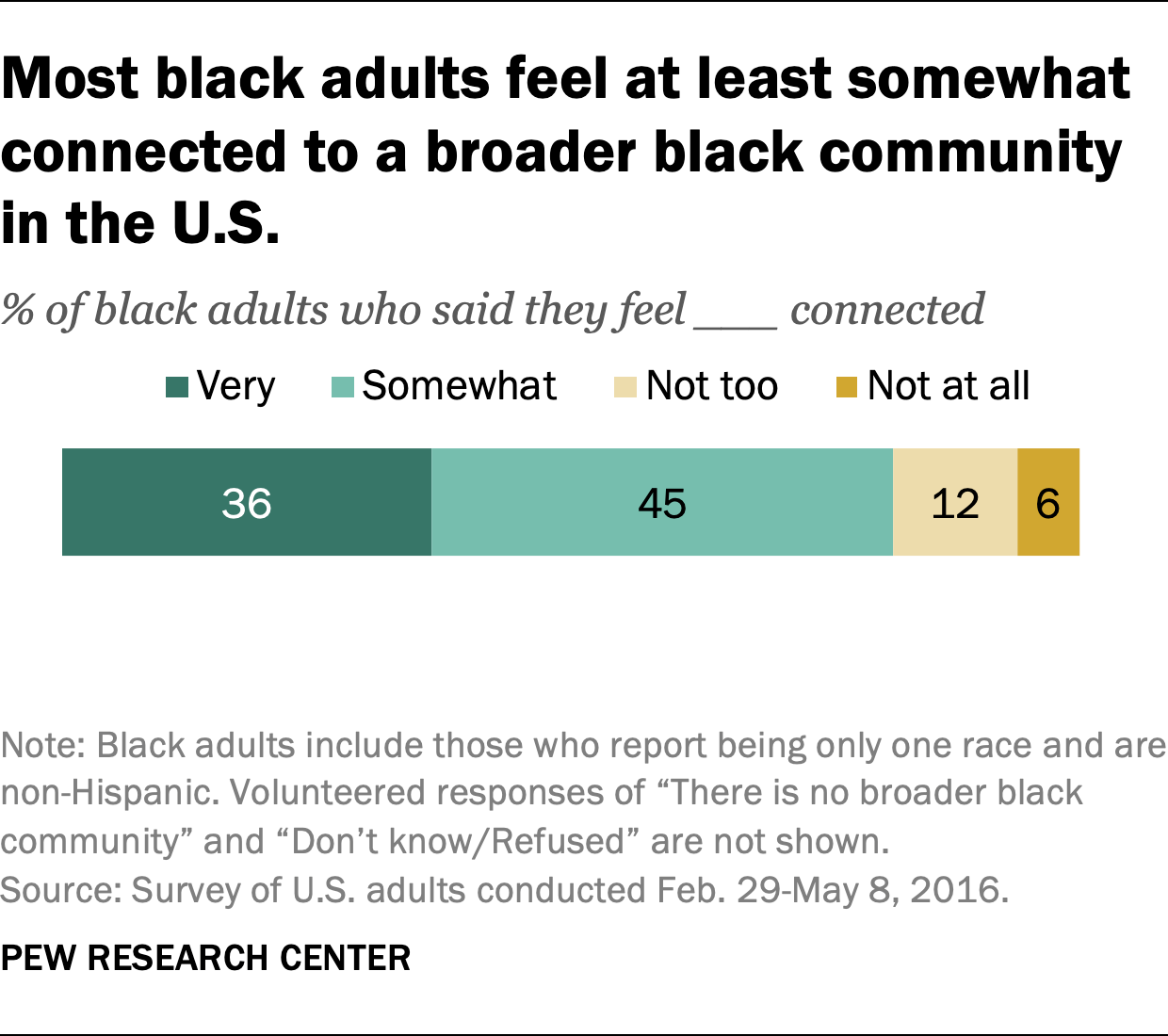 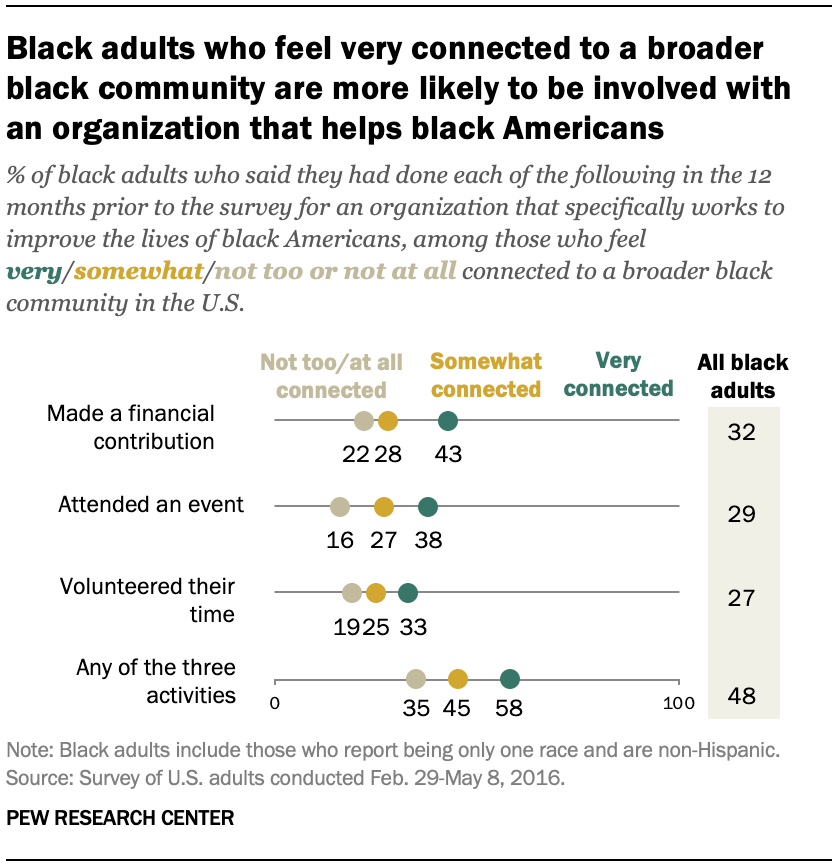