U.S. military veterans and their families have consistently had higher standards of living than non-veterans over the past 40 years, according to a new Pew Research Center analysis of U.S. Census Bureau data. Households headed by veterans have higher incomes and are less likely to be in poverty, on average, and this is especially the case for veterans in racial or ethnic minority groups and those with less education. 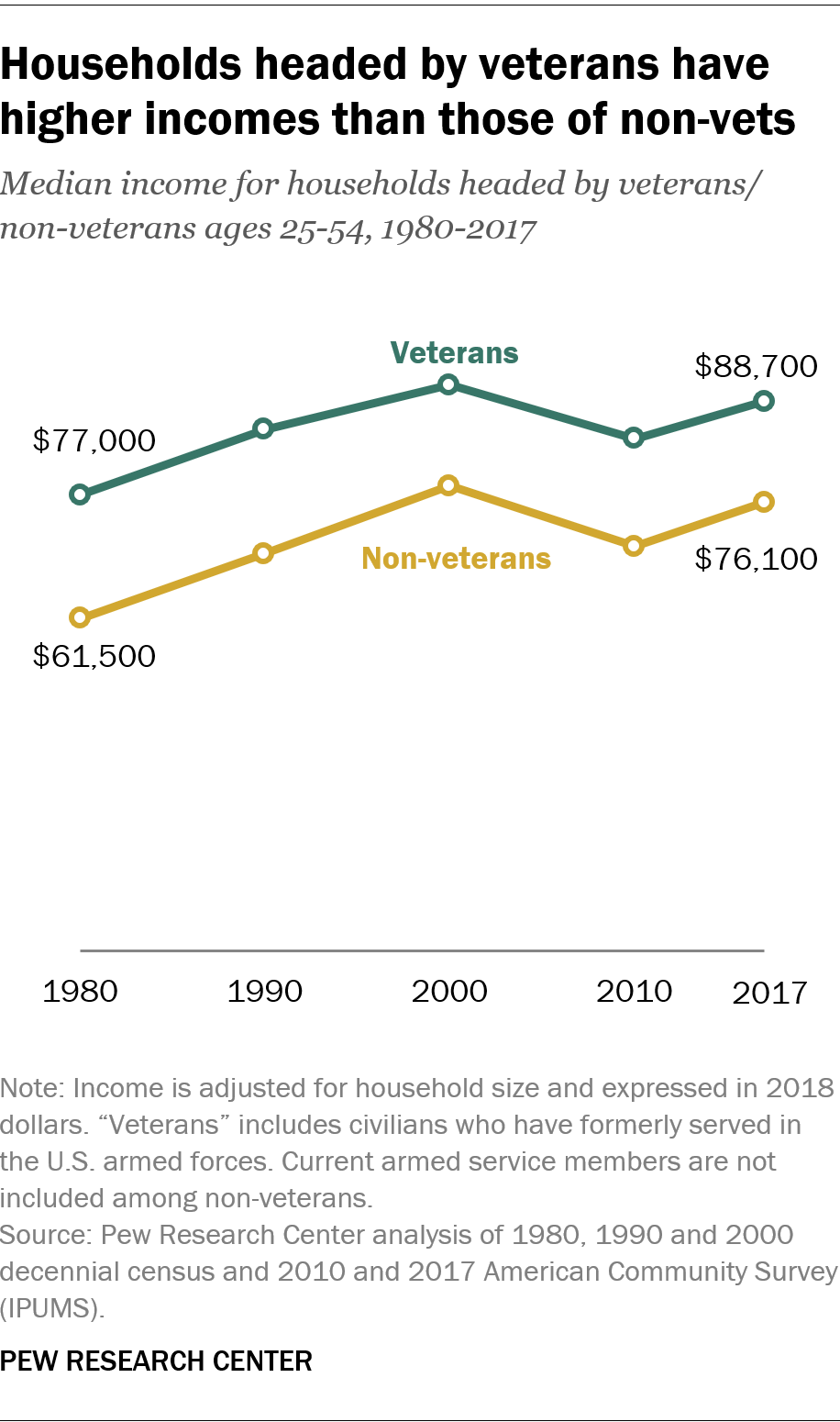 Incomes in this analysis are adjusted for household size, scaled to reflect three-person households and expressed in 2018 dollars. The analysis is restricted to people during their prime working years between ages 25 and 54 to control for the fact that veterans tend to be much older than non-veterans: 46.9% of veterans are 65 and older compared with 19.1% of non-veterans.

See also: How veterans and non-veterans fare in the U.S. job market

The poverty rate is defined as the percent of a population that falls below the income threshold established by the U.S. Census Bureau ($19,985 for a family of three in 2018). The poverty status for veteran heads of household is determined by the poverty status of their family.

A previous Pew Research Center study looked at the attitudes and experiences of veterans both while on active duty and during the transition to civilian life. It found that 38% of veterans who have been deployed reported that their deployments had a positive impact on their financial situation. A larger share (47%) said deployments had no impact, while 13% said they had a negative impact.