Internet use is rising in emerging economies, but access to fast, reliable service remains elusive to many living in these nations. Some tech companies have been working to address this issue, as has the United Nations. But what role should the government play in getting all residents digitally connected? 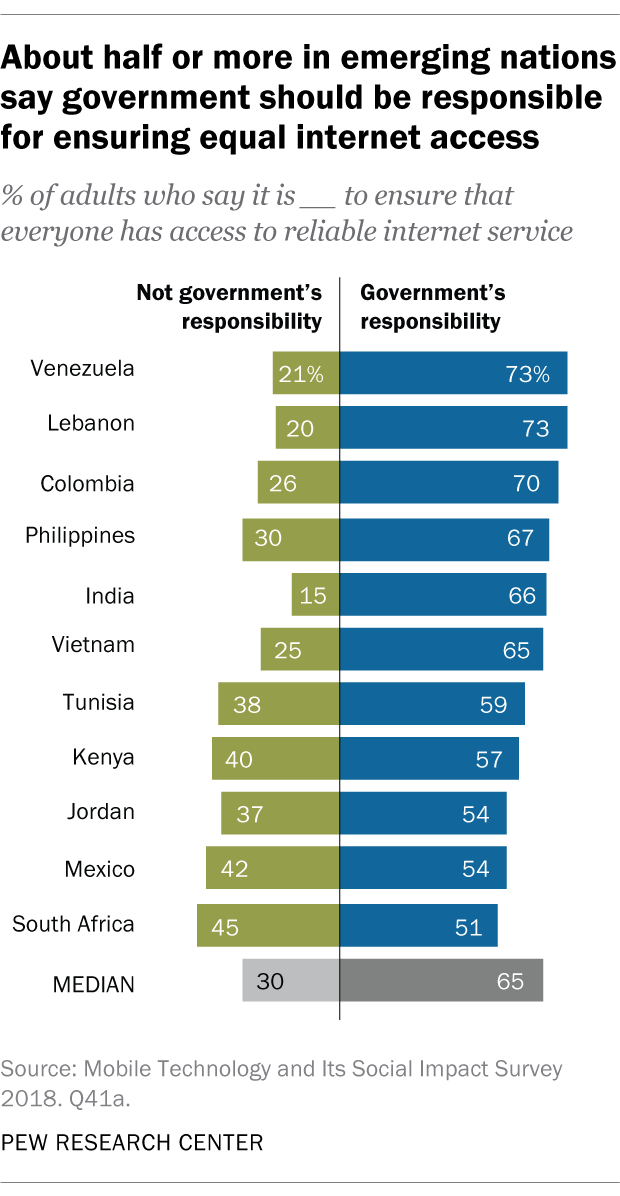 A median of 65% across 11 emerging economies say it is the government’s responsibility to ensure that everyone has access to reliable internet service, according to a Pew Research Center survey of adults conducted last fall. Smaller shares – three-in-ten – say this should not be the responsibility of the government.

This sentiment is more pronounced in certain countries. For example, roughly three-quarters of adults in Venezuela and Lebanon agree it is the government’s responsibility to ensure that everyone has access to reliable internet. By comparison, around half of South Africans share this view.

These opinions also differ by personal internet use in most countries surveyed. In seven of 11 nations, internet-using adults are more likely than non-internet users to believe the government has a responsibility to ensure that everyone has access to reliable internet.

But even as half or more of adults across these nations say the government should be responsible for ensuring internet access, there is less consensus on whether this should be a top priority. 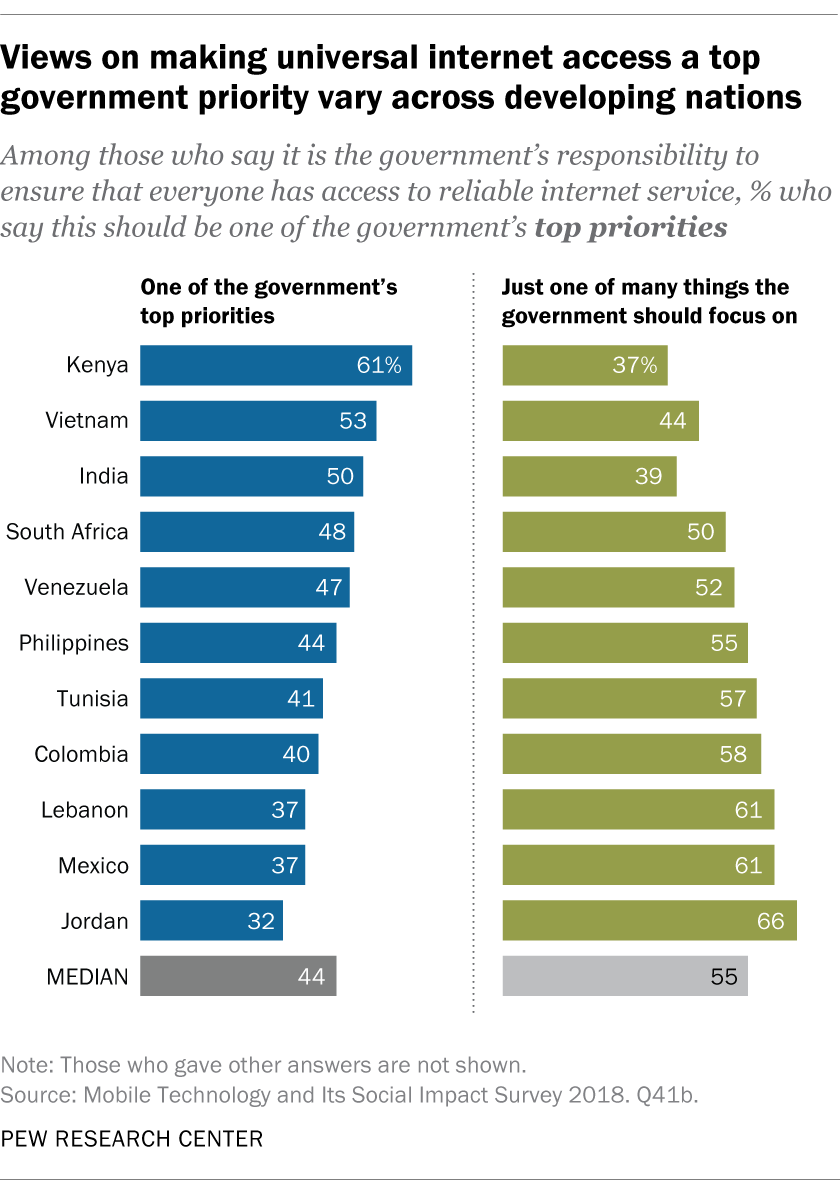 Opinions vary widely across these 11 nations. Kenyans stand out for prioritizing internet connectivity as a top priority: 61% who believe the government should play a role in ensuring reliable internet say this should be one of the government’s top priorities. On the other hand, roughly half or more residents in most countries who view these issues as a government responsibility say it should be just one of the many things the government focuses on.

Unlike overall views related to government responsibilities, prioritizing these issues is not necessarily more common among internet users. In six countries, internet and non-internet users who deem internet access to be a government responsibility are equally likely to characterize this as a top government priority. And there are only two countries – India and Jordan – in which those who go online are more likely than those who don’t to say this should be one of the top issues that the government focuses on.