As smartphones and other mobile devices have become more widespread, 28% of American adults now report that they go online “almost constantly,” up from 21% in 2015, according to a Pew Research Center survey conducted Jan. 8 to Feb. 7, 2019.

Adults with mobile connectivity are especially likely to be online a lot. Among mobile internet users – the 86% of Americans who use the internet at least occasionally using a smartphone, tablet or other mobile device – 92% go online daily and 32% go online almost constantly. 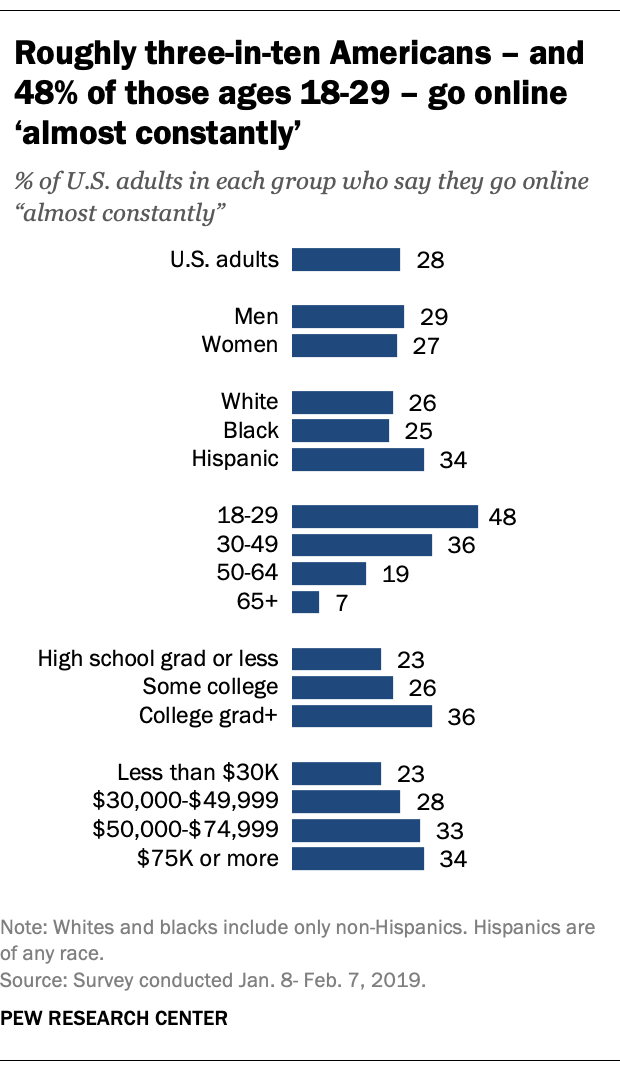 While 34% of adults with an annual household income of $75,000 or more use the internet almost constantly, this is true for just 23% of those living in households earning less than $30,000. Adults who live in urban and suburban areas are also more likely to say they go online almost constantly than those who live in rural areas.

Note: See full topline results and methodology here. This is an update of a post originally published on Dec. 8, 2015.