Four of the 10 most populous countries in the world will no longer be among the top 10 in 2100 – and all four will be supplanted by rapidly growing nations in Africa, according to recently released population projections from the United Nations.

Brazil, Bangladesh, Russia and Mexico are among the world’s 10 most populous countries today. By 2100, they are projected to be overtaken by the Democratic Republic of the Congo, Ethiopia, Tanzania and Egypt – none of which are currently in the top 10.

This changing of the guard is expected to occur because of sluggish population growth over the next eight decades in Mexico (+10% by 2100) and population losses in Brazil (-15%), Bangladesh (-8%) and Russia (-14%). Each of the four African countries, by contrast, is expected to more than double in population, with increases of 304% in the Democratic Republic of the Congo, 156% in Ethiopia, 378% in Tanzania and 120% in Egypt.

Here’s how the list of the 10 most populous countries in the world has changed since 1950 – and how it is projected to change again by 2100: 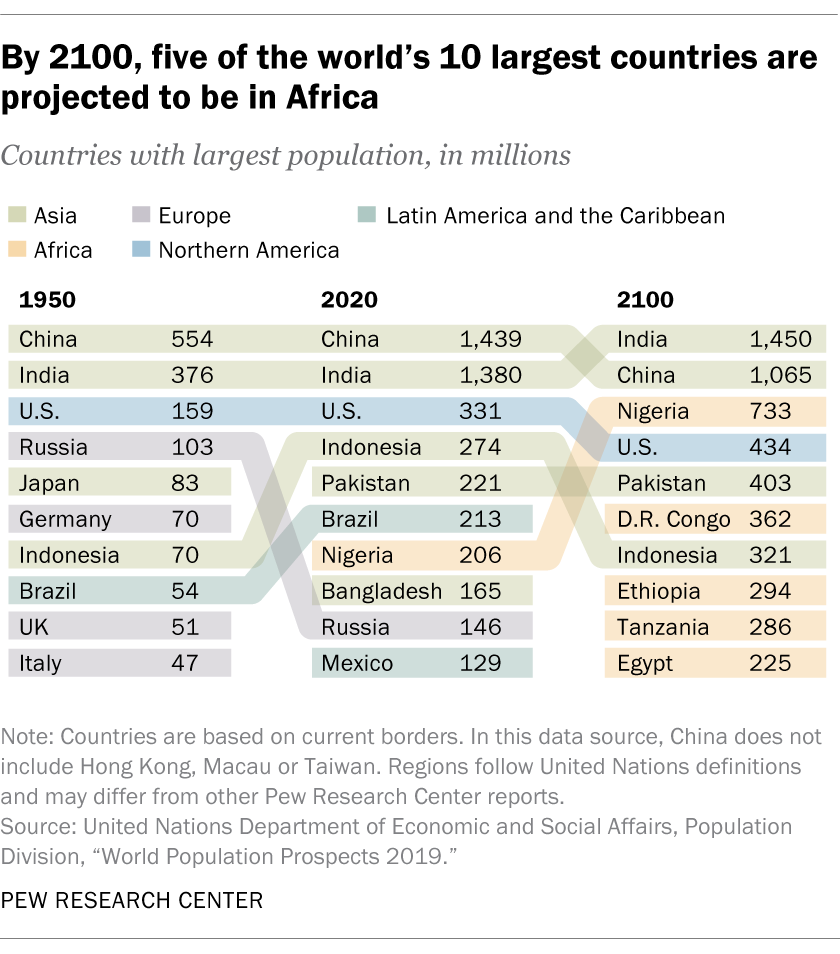 Africa’s rapid population growth is one of the dominant stories to emerge from the UN’s projections. Of the six countries that are projected to account for more than half of all world population growth by 2100, five are in Africa, as a previous Pew Research Center analysis noted. Half the world’s babies will be born in Africa by 2100, up from three-in-ten today. 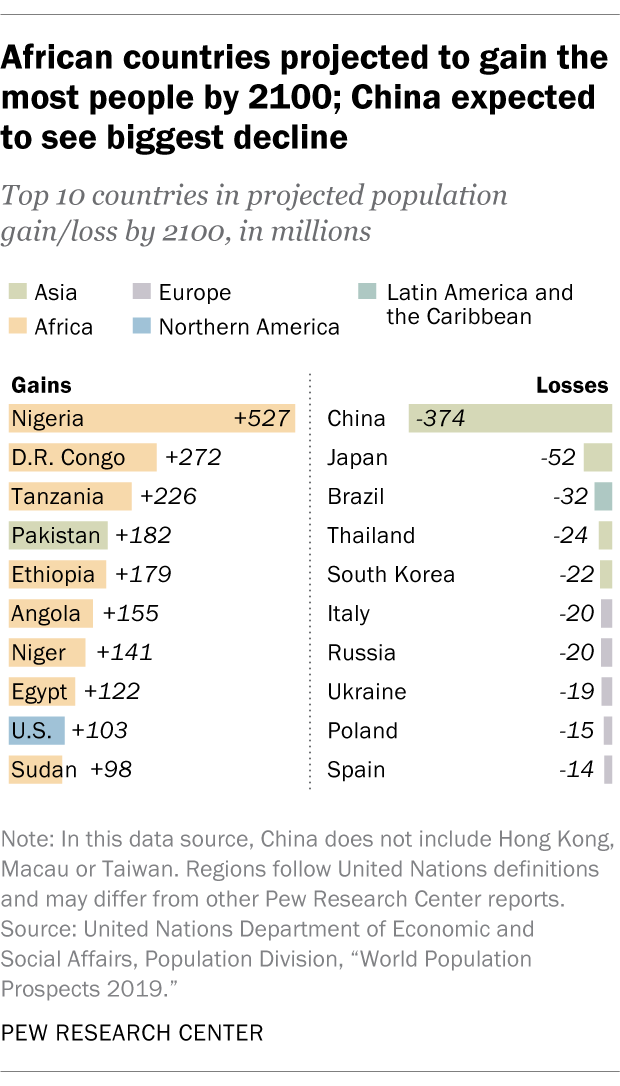 Another way to think about Africa’s population boom is to look at the 10 countries – out of more than 200 jurisdictions in the UN data – that will experience the biggest gains and losses in people by 2100, both in absolute numbers and in percentage terms.

Eight of the 10 countries that are expected to gain the most people by 2100 are in Africa: Nigeria (with the largest gain, 527 million), the Democratic Republic of the Congo, Tanzania, Ethiopia, Angola, Niger, Egypt and Sudan. (This recent animation of the UN data shows African nations’ long-term rise up the population ranks.) The two non-African nations on this list are Pakistan and the United States, which are projected to see population gains of 182 million and 103 million people, respectively. 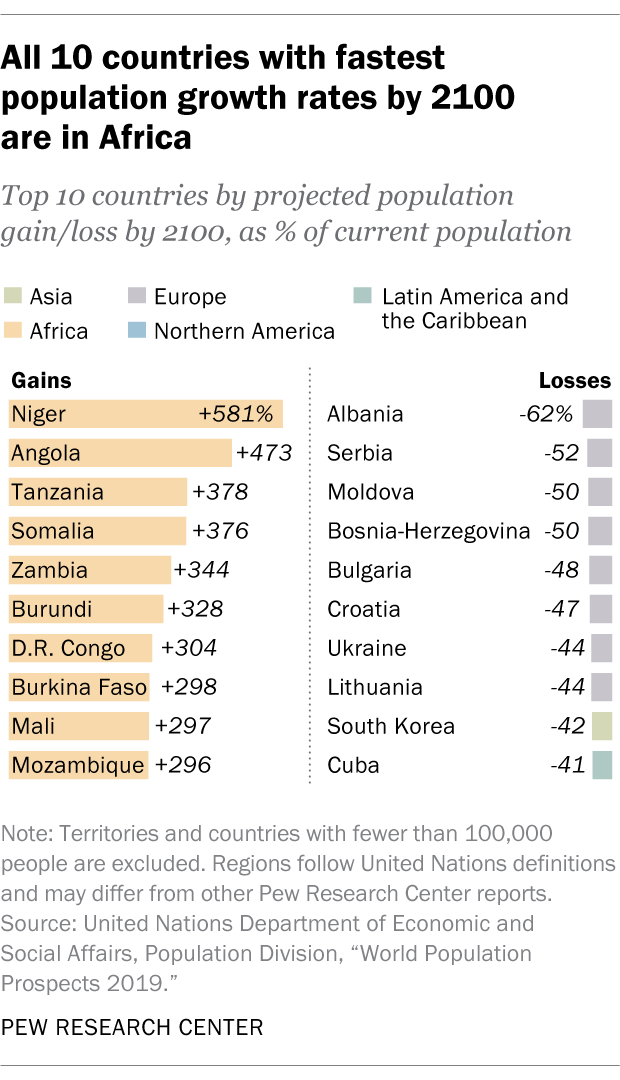 At the other end of the spectrum, none of the 10 countries that are expected to see the biggest population losses by 2100 are in Africa. Instead, these countries tend to be in Asia and Europe, with the largest decrease by far projected in China. By 2100, China is expected to have 374 million fewer people than it does today; China’s projected decline in people, in fact, is more than the entire current population of the United States. India is expected to overtake China as the world’s most populous country by 2027.

On a percentage basis, all 10 countries that are projected to experience the biggest growth in population by 2100 are in Africa, led by Niger (581% increase), Angola (473%) and Tanzania (378%). The biggest percentage decreases in population are expected in Eastern European nations, led by Albania (-62%), Serbia (-52%), and Moldova and Bosnia-Herzegovina (both -50%).

For more on projected population changes in countries and regions around the world, read our recent analysis of the UN data.