The proliferation of altered videos – some of which are known as “deepfakes” – has sparked concern in recent years, particularly as a growing share of Americans now get news from online video-sharing sites such as YouTube. Overall, the U.S. public sees altered videos and images as a major problem and believes action should be taken to stop them, a recent Pew Research Center survey found.

Meanwhile, roughly three-quarters of U.S. adults (77%) say steps should be taken to restrict altered videos and images that are intended to mislead. Far fewer (22%) favor protecting the freedom to publish and access them. 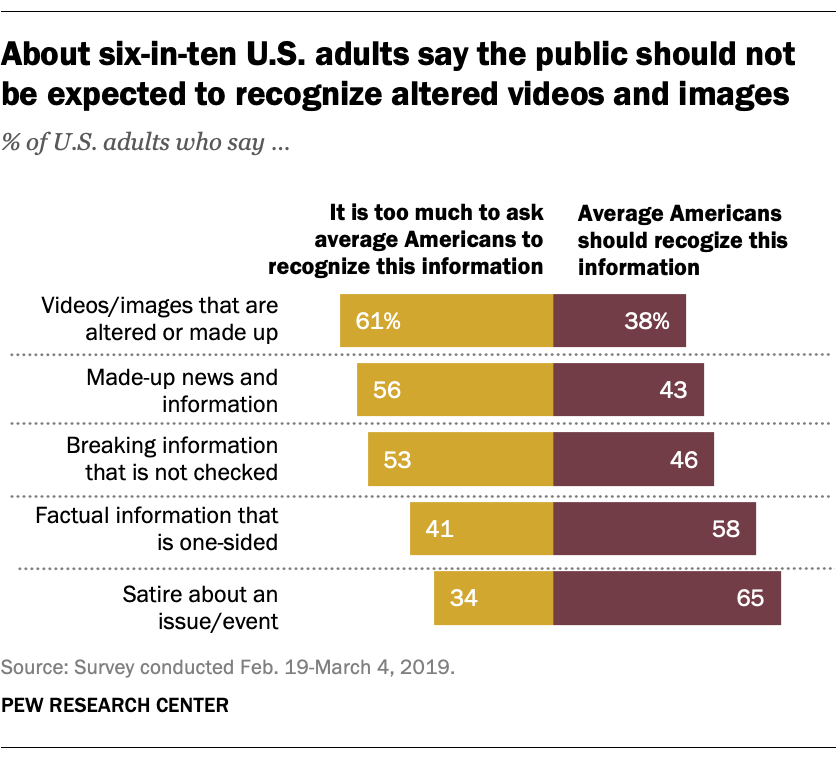 Additionally, about six-in-ten in both parties (61% of Republicans and 62% of Democrats) say the public cannot be expected to recognize altered videos and images. Majorities in both parties also say these videos and images cause a great deal of confusion, though Republicans are somewhat more likely than Democrats to say this (68% vs. 60%). This aligns with Republicans’ overall greater concern about the issue of made-up news and information.