Many Europeans will head to the polls later this month to elect a new European Parliament, the directly elected legislative body of the European Union. The voting comes as the EU faces a number of challenges, including the United Kingdom’s planned departure from the bloc and public concerns about the economy, refugees and other issues. Some observers have suggested that this year’s elections could serve as a referendum on the entire European experiment.

Here’s an overview of how Europeans in 10 EU member states feel about key institutions and issues ahead of the elections, based on data from Pew Research Center’s spring 2018 Global Attitudes Survey: 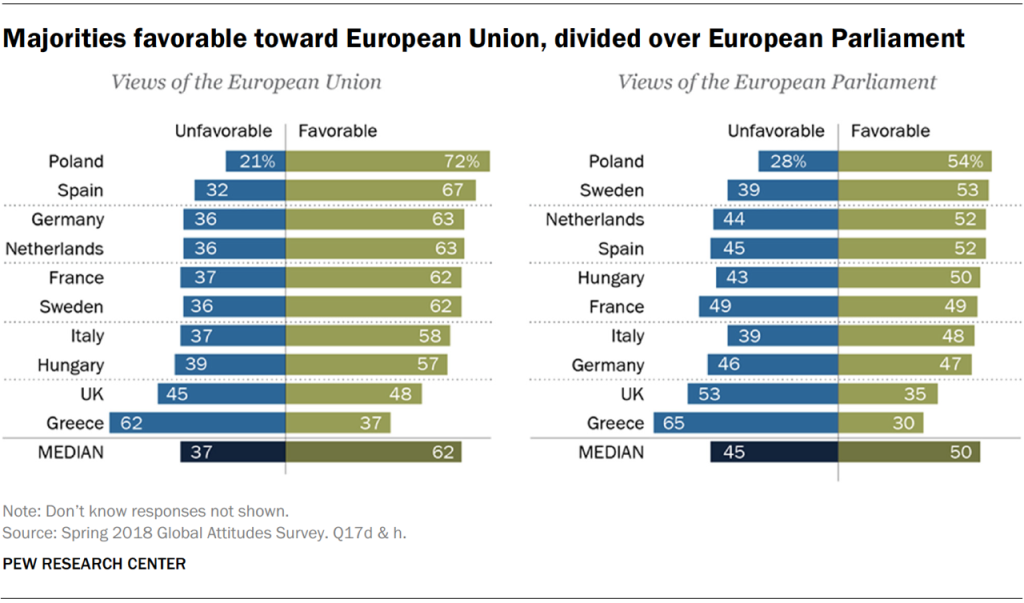 While this year’s elections are expected to focus on continental concerns, national-level issues could still play an important role: The Center’s survey data shows widespread public concerns on issues ranging from the personal finances to migration to the functioning of democracy. 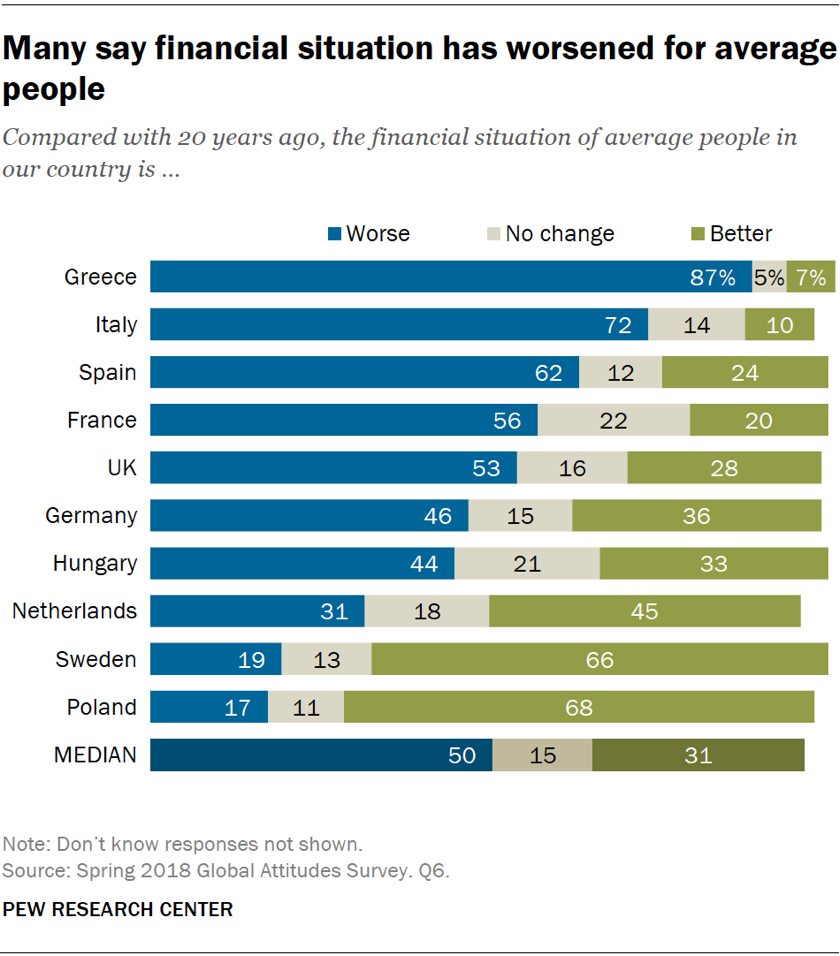 Substantial shares across Europe believe the financial situation of average people in their country is worse today compared with 20 years ago. Two notable exceptions are Poland and Sweden, where about two-thirds believe people are generally better off financially.

4Majorities in most of the nations polled say that when children in their country grow up, they will be worse off financially than their parents. Eight-in-ten adults in France hold this view, as do around seven-in-ten in Spain (72%) and the UK (70%). 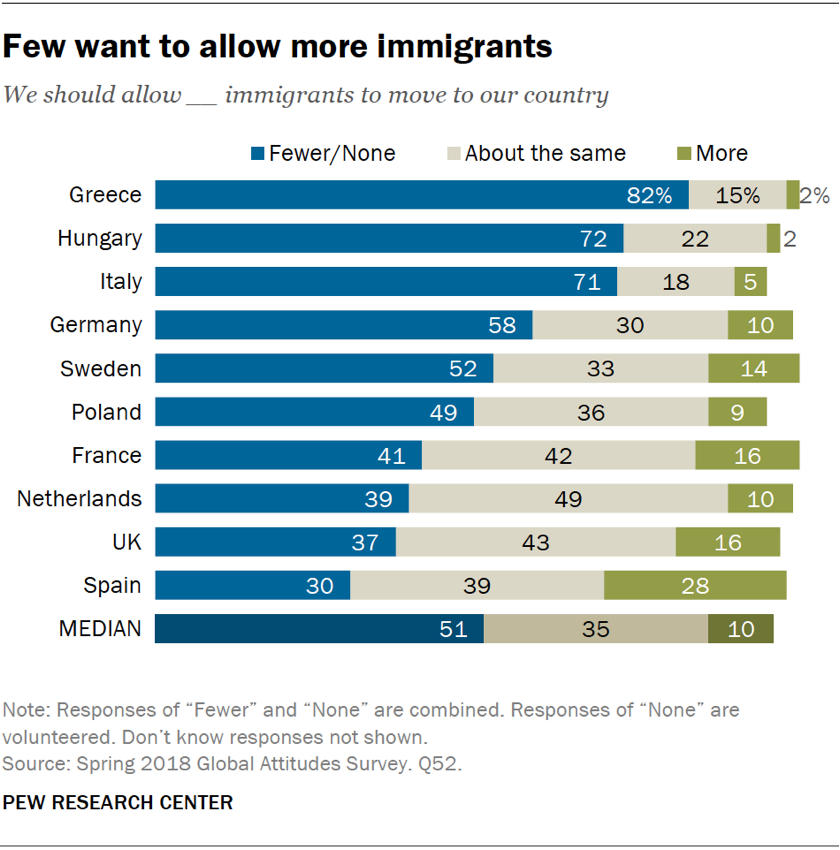 6Europeans feel disaffected with the performance of democracy in their countries. In six of the 10 European countries surveyed, half or more say they are dissatisfied with how democracy is working in their nation.