Americans are strongly supportive of the government investing in research in medicine and science, according to a new Pew Research Center survey. 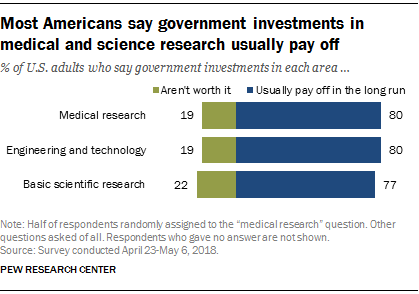 Around eight-in-ten U.S. adults say government investments in medical research (80%), engineering and technology (80%) or basic scientific research (77%) usually pay off in the long run. Only about two-in-ten believe government funding in each of these areas is not worth it (19% for medical research, 19% for engineering and technology and 22% for basic scientific research).

Pew Research Center surveys in 2014 and 2009 also found broad public support for government investments in basic scientific research and engineering and technology, though those surveys used different polling methods and somewhat different question wording. (Views on funding for medical research were not included in the past surveys.) 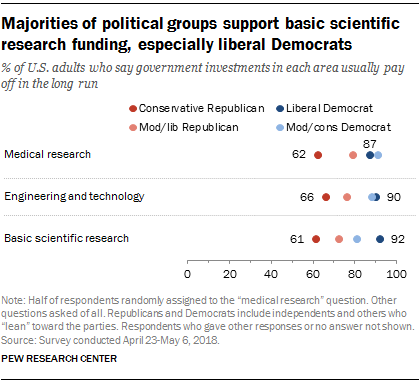 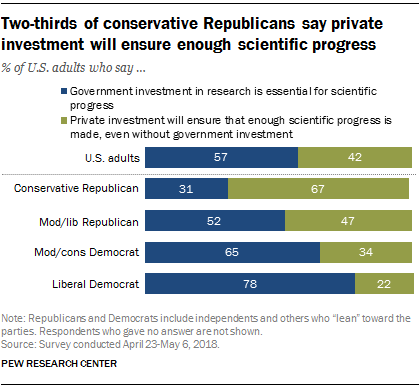 Liberal Democrats and conservative Republicans have different views on this question. About eight-in-ten liberal Democrats (78%) say government funding of research is essential for scientific progress. By contrast, 31% of conservative Republicans say government investment is essential, while two-thirds (67%) say private investment will ensure enough progress is made, even without government funding.