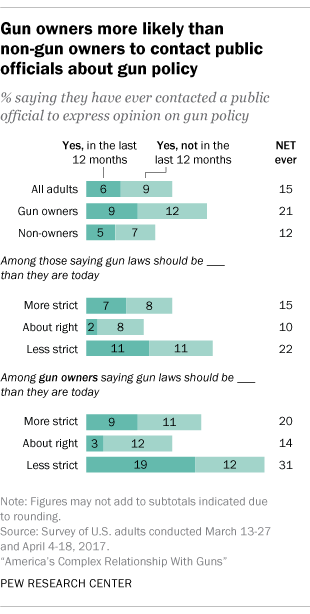 Large majorities of Americans support several specific policies intended to limit access to guns, including expanded background checks and restrictions on sales to the mentally ill. But relatively few Americans actually contact public officials to express their views, according to a Pew Research Center survey conducted in the spring. 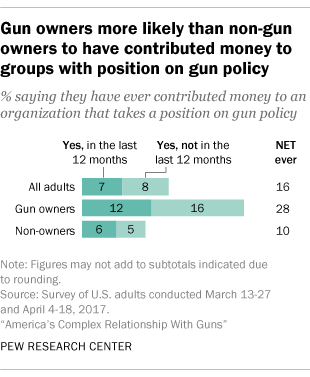 Among gun owners, NRA members have a unique set of views and experiences
Key facts about Americans and guns
Key takeaways on Americans’ views of guns and gun ownership
Gun Rights Proponents Have Been More Politically Active than Gun Control Supporters
Despite lower crime rates, support for gun rights increases