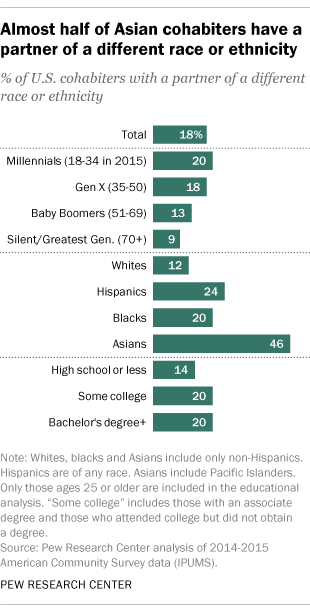 Cohabitation, while still relatively uncommon, is on the rise in the U.S. as marriage is declining. In 2015, 6% of all U.S. adults were living with a partner, while half of adults were married.

Of the major racial and ethnic groups, white adults who are in a cohabiting relationship are the least likely to be living with a partner of a different race or ethnicity (12%). This share rises to 20% among black cohabiters and 24% among Hispanic cohabiters. These rates are very similar to intermarriage rates among white (11%), black (18%) and Hispanic (27%) newlyweds.