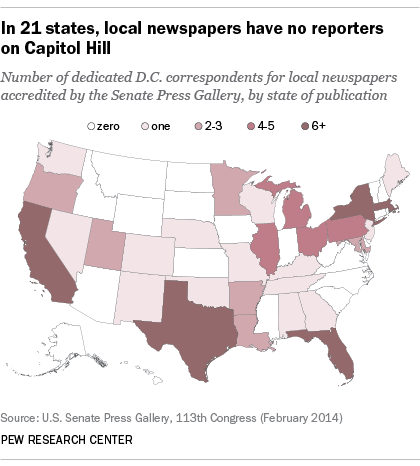 How Pew Research Center studied the Washington press corps
5 key takeaways about today’s Washington press corps
At the statehouse, ideological press tries to fill a void in news coverage
5 key takeaways from our census of statehouse reporters
One-in-five U.S. newsroom employees live in New York, Los Angeles or D.C.
Political Typology Quiz
Key things to know about election polling in the United States
Defining generations: Where Millennials end and Generation Z begins
25% in U.S. see at least some truth in conspiracy theory that COVID-19 was planned
Are you in the American middle class? Find out with our income calculator