Seven decades after the end of World War II, most American Jews say remembering the Holocaust is essential to what being Jewish means to them, personally.

About 6 million European Jews (roughly two-thirds of the continent’s Jewish population at the time) were killed by the Nazis during the Holocaust, which began in about 1941 and ended in May 1945 when Germany was defeated by the Allied Powers. The war came to a close in August 1945 when the Japanese surrendered.

About three-quarters (73%) of American Jews say remembering the Holocaust is an essential part of being Jewish, according to a 2013 Pew Research Center survey. Those surveyed also were asked about whether other aspects of Jewish life (such as observing Jewish law or being part of a Jewish community) were important to their Jewish identity. Only one of these eight other options, “leading an ethical life,” ranked almost as highly (69%) as “remembering the Holocaust.”

Today, due in large part to the Holocaust, there are only an estimated 1.4 million Jews remaining in Europe – down from an estimated 9.5 million at the beginning of the war, in 1939.

Anti-Semitism long predates the Holocaust and is still alive today. Indeed, in many European countries, including France and Germany, there have recently been attacks on Jewish individuals as well as businesses and organizations.

This lengthy history of hostilities, coupled with the longstanding sense within Judaism of a common destiny, helps explain why 63% of Americans Jews also say they have a special responsibility to take care of Jews in need around the world.

Many American Jews also feel a strong personal connection to the state of Israel, which was a haven for many Holocaust survivors and, in recent decades, has taken in Jewish refugees from places like Ethiopia and Russia. Today, 43% of American Jews say caring about Israel is essential to what being Jewish means to them, personally.

Topics
Jews and JudaismWars and International Conflicts
Share this link: 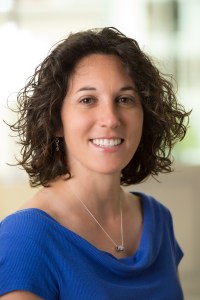