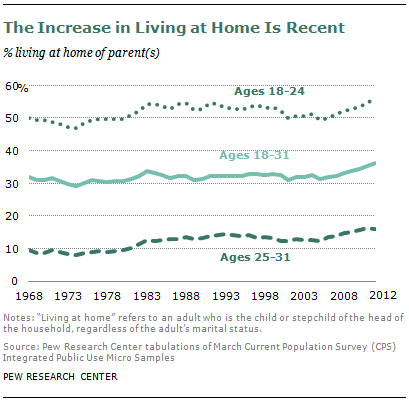 Since 2007, young adults have grown increasingly likely to live at home. This is a new trend. 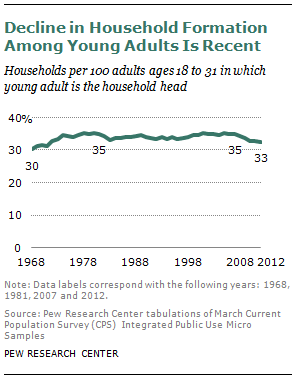 The long-run stability of residence with parents and formation of households has been accompanied by much larger shifts in other living arrangements of young adults. Young adults are delaying marriage. 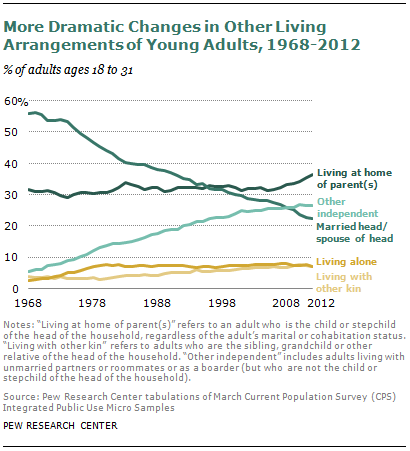 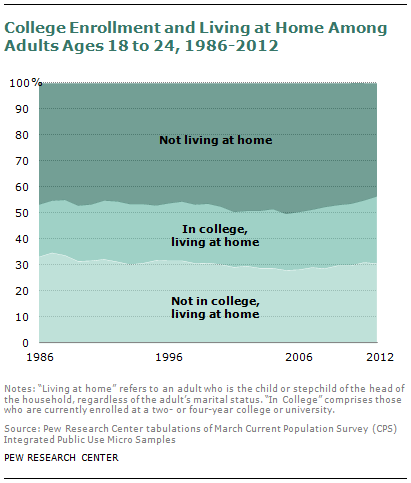 This 8 percentage point gap in living at home is smaller than the 11-point gap evident in 1968. 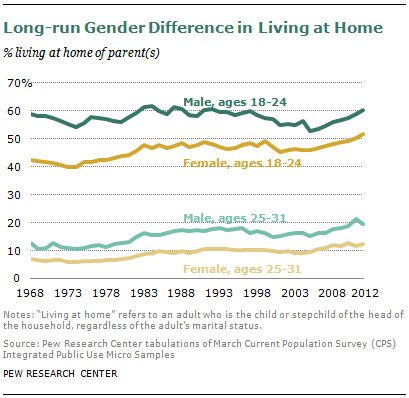 One factor that has contributed to the growing gender parity in living at home is the rise in the share of young women who go to college. (Goldin, Katz, and Kuziemko, 2006). In 1968, only 19.5% of 18- to 24-year-old females were enrolled in college in 1968, compared with 34% of their male peers. That ratio has since flipped; as of 2011, women were 6 percentage points more likely to be enrolled in college than men among 18- to 24-year-olds.

Accounting for the Characteristics of Millennials 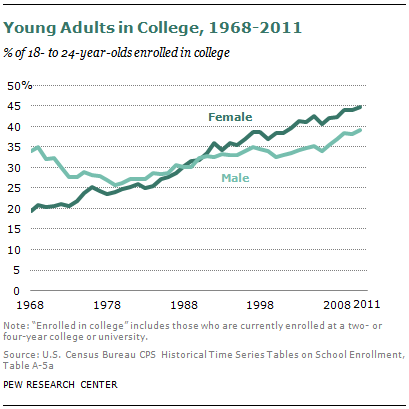 From 1981 to 2007, there was not much of an increase in the share of young adults living in the parents’ home . What about if we go back to 1968? Some of the Millennials are the children of the baby boomers, so it is of interest to compare the behavior of young adults in the new century to those of the late 1960s. As mentioned above, 32% of 18- to 31-year-olds lived at home in 2007. In 1968, 32% of 18- to 31-year-olds lived at home. So the raw statistics suggest that Millennials prior to the recession were no more likely to live at home than were young adults in 1968.

The simple statistics belie some fundamental differences between Millennials and the young adults of the later 1960s. 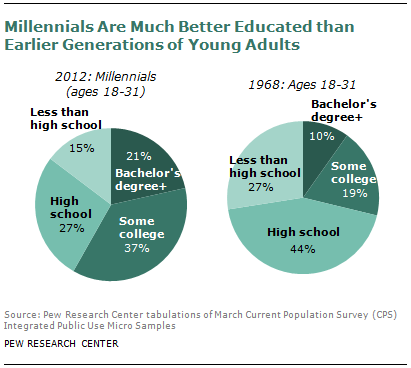 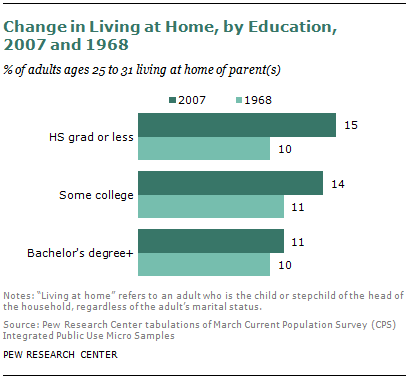 Next: References
← Prev Page
Page1Page2Page3You are reading page4Page5
Next Page →