This roundup of findings shows public views about science-related issues and the role of science in society in Spain. The findings come from a Pew Research Center survey conducted across 20 publics in Europe, the Asia-Pacific, Russia, the U.S., Canada and Brazil from October 2019 to March 2020. 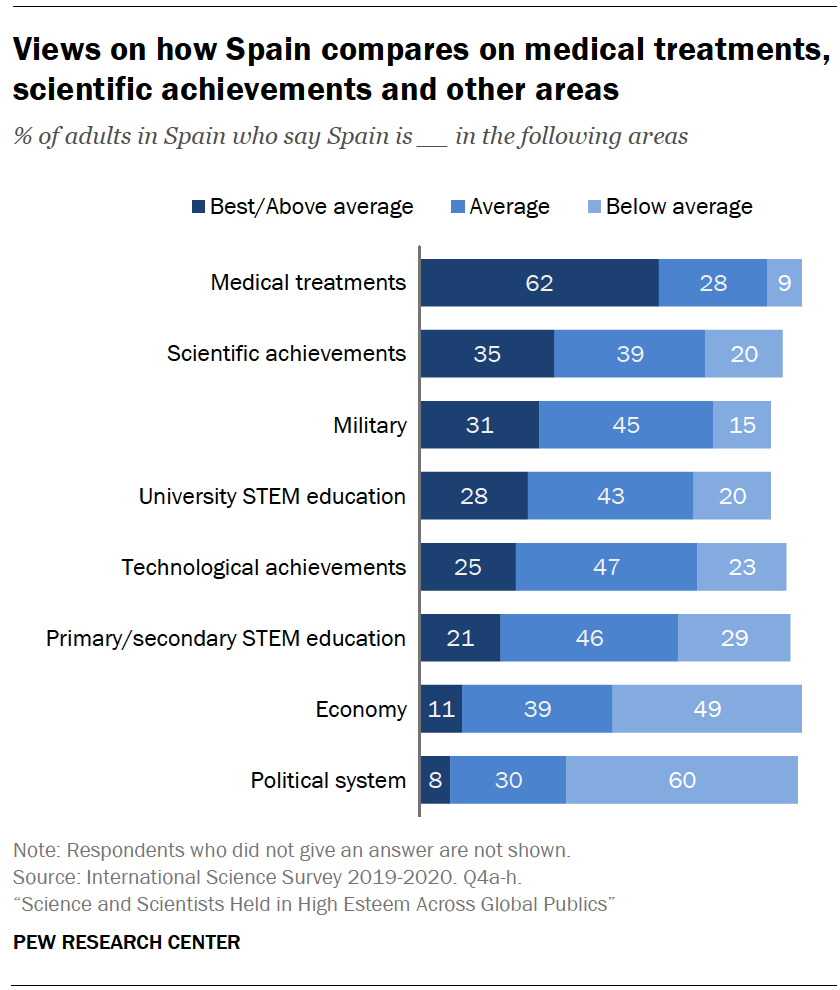 Majorities in all publics agree that being a world leader in scientific achievement is at least somewhat important, but the share who view this as very important varies by public. A 20-public median of 51% place the highest level of importance on being a science world leader. In Spain, 72% of people say being a world leader in scientific achievements is very important, the highest share of any of the 20 survey publics. 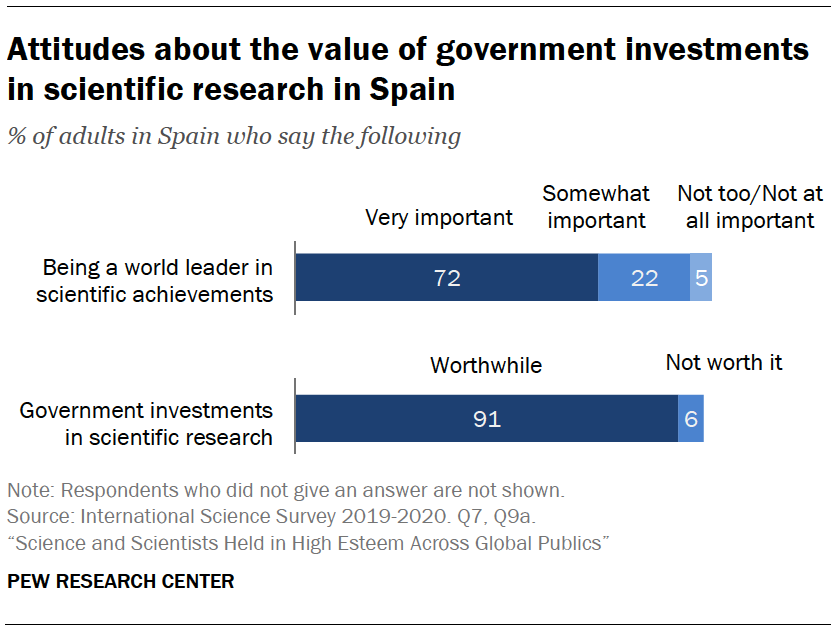 Overall, there is broad agreement among these 20 publics that government investment in scientific research is worthwhile. A median of 82% say government investments in scientific research aimed at advancing knowledge are usually worthwhile for society over time. In Spain, 91% of adults say this, the highest share of any of the 20 publics surveyed. 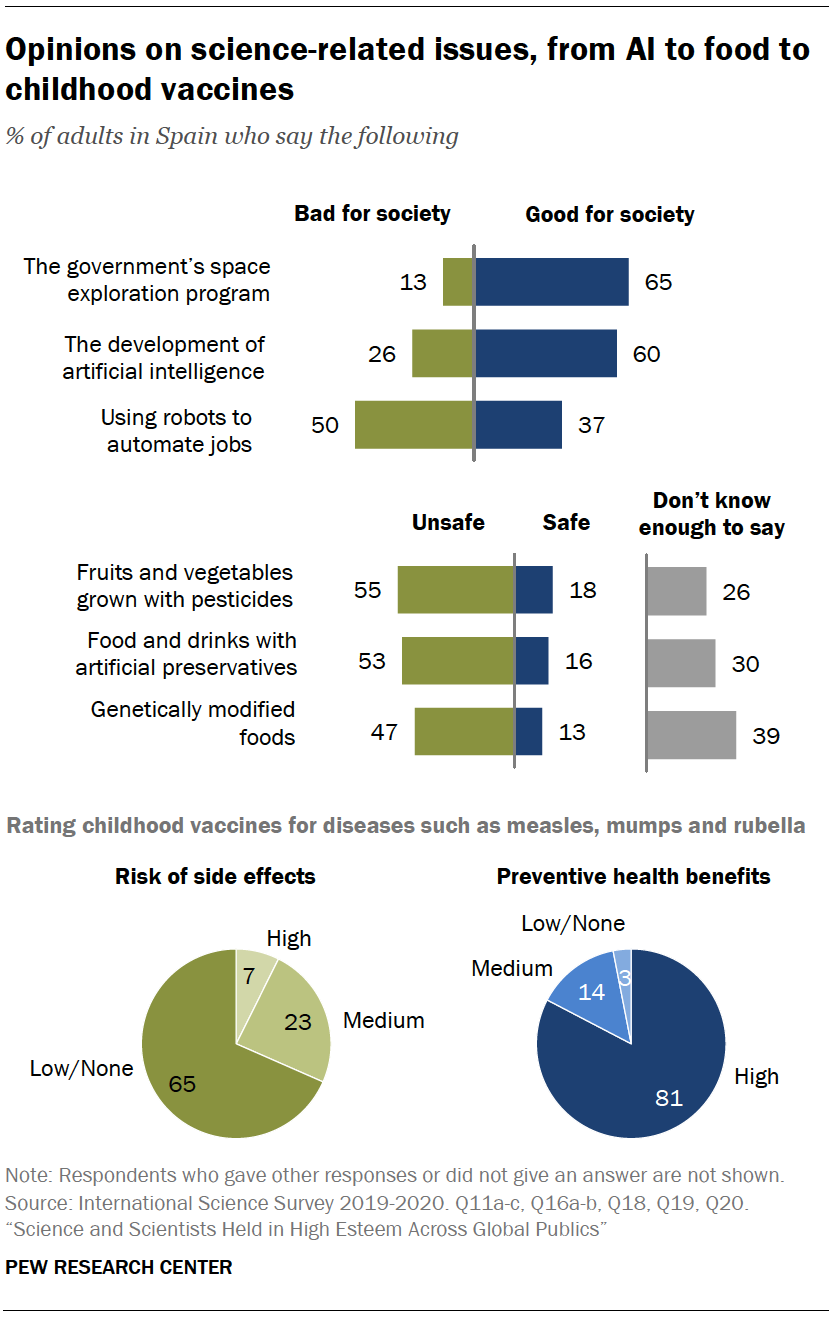 Views on climate and the environment in Spain 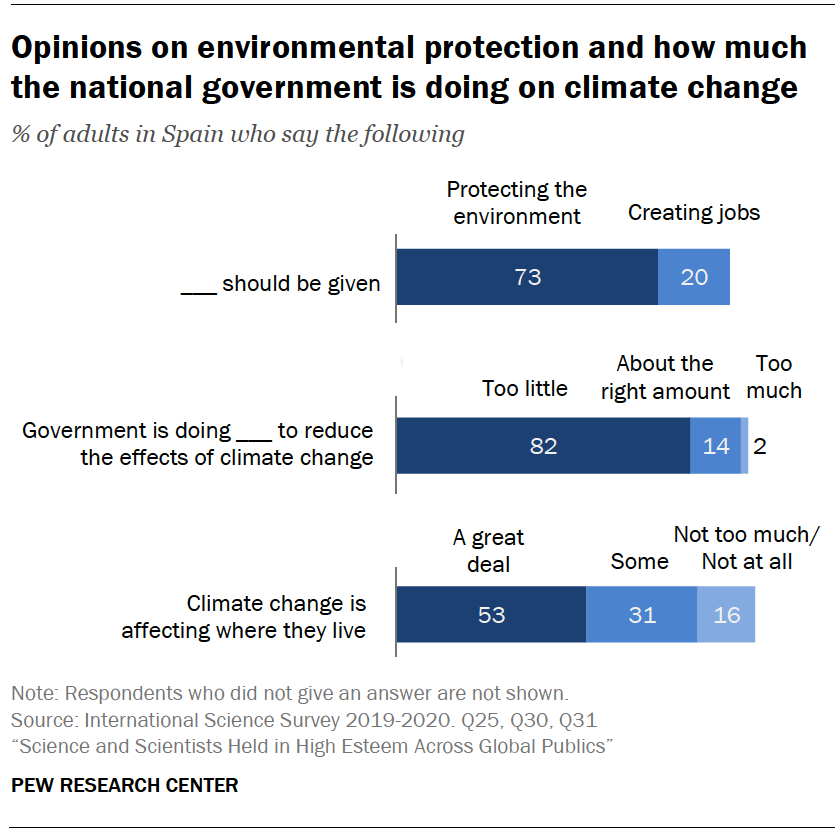