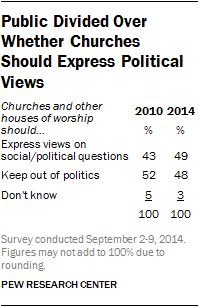 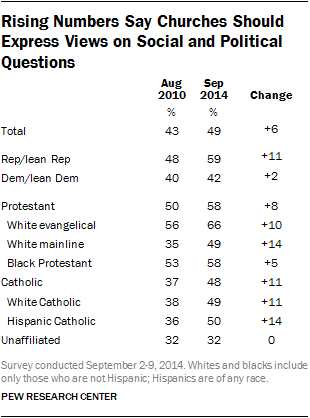 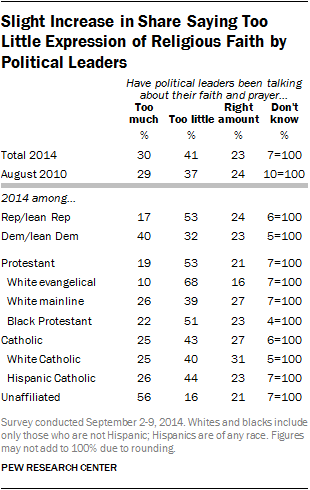 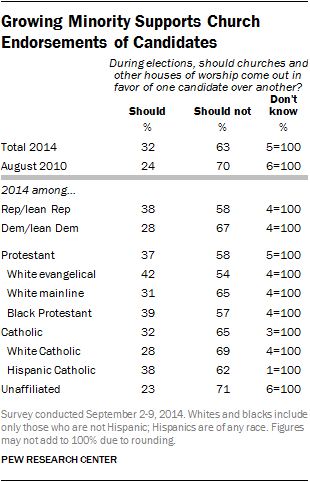 Most Americans continue to oppose the idea of churches endorsing particular candidates during political elections, with roughly twice as many people saying churches should not do this as saying they should (63% vs. 32%). Even on this question, however, there has been significant movement in the direction of more support for religious involvement in politics. In 2010, just 24% said churches and other houses of worship should come out in favor of one candidate over another, 8 points lower than in the current poll.

Majorities of both Democrats and Republicans oppose church endorsements of political candidates, though Democrats oppose this in larger numbers than Republicans.

Among all major religious groups, there is more opposition than support for church endorsements of political candidates. 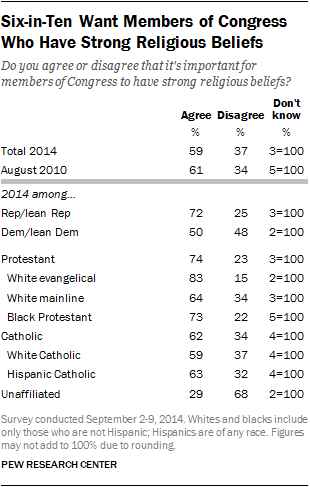 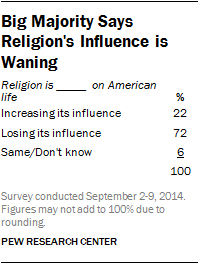 Nearly three-quarters of Americans (72%) now say that religion is losing influence in American life, the highest share to hold this view in Pew Research surveys going back to 2001.

As in previous surveys, most people who say religion is losing its influence in American life see this as a negative development, with 56% of the public as a whole saying it is a “bad thing” that religion is losing sway in the U.S. The concern is most pronounced among white evangelical Protestants, 77% of whom say religion is losing influence and that this is a bad thing, but is shared by majorities of white mainline Protestants (66%), black Protestants (65%) and Catholics (61%). The religiously unaffiliated who see religion’s influence as waning are evenly divided over whether this is a positive or a negative development. 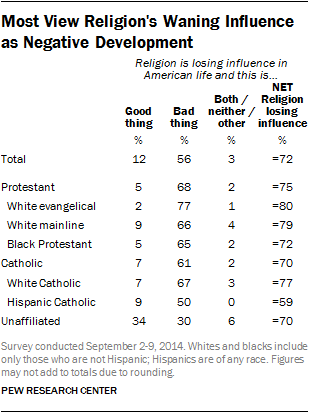 Which Institutions Are Friendly Toward Religion?

Public opinion on these questions has fluctuated over the years. But the GOP has consistently been rated as friendly toward religion by more people than has the Democratic Party. 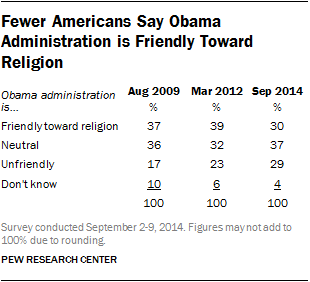 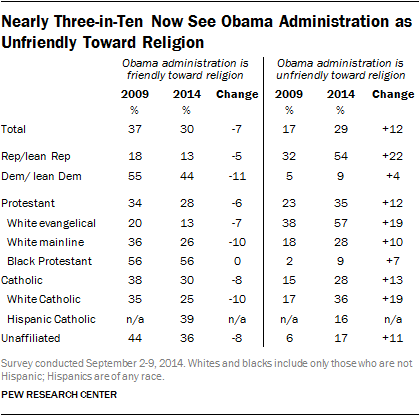 The share of Republicans rating the administration as unfriendly toward religion has risen by 22 percentage points since 2009. But even among Democrats and those who lean toward the Democratic Party, there has been an 11-point decline in the share rating the Obama administration as friendly toward religion. Many from this group have moved into the “neutral” category; the administration’s “unfriendly” rating has risen just 4 points among Democrats and those who lean Democratic. 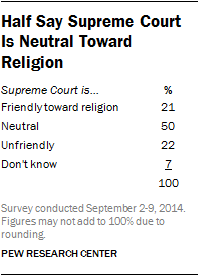 The survey finds significant increases in the view that the Obama administration is unfriendly toward religion across several religious groups. Among both white evangelicals and white Catholics, the administration’s “unfriendly” ratings have increased by 19 percentage points since 2009. Evangelical and Catholic leaders have been vocal opponents of the Affordable Care Act’s contraception mandate, which they view as restrictive of religious liberty. 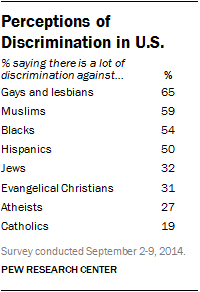 About two-thirds of Americans think gays and lesbians face a lot of discrimination in the U.S. today (65%), and half or more say this about blacks (54%) and Hispanics (50%). These findings are broadly similar to the patterns observed in a 2009 Pew Research survey that included many of the same questions. 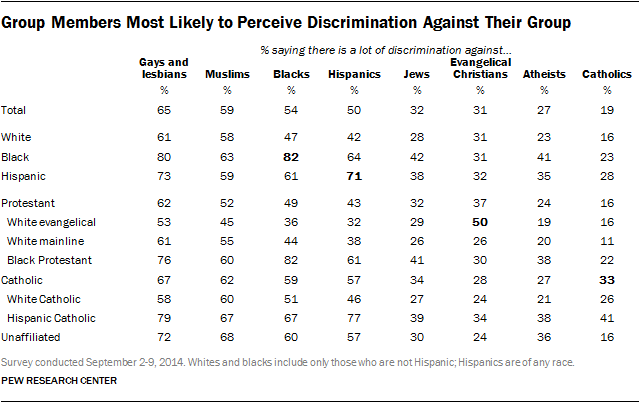 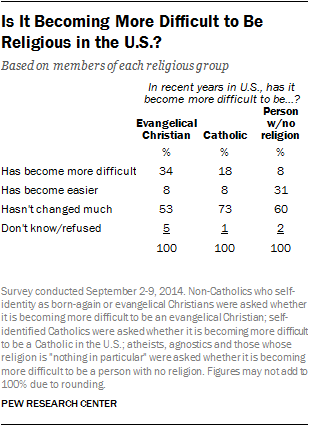 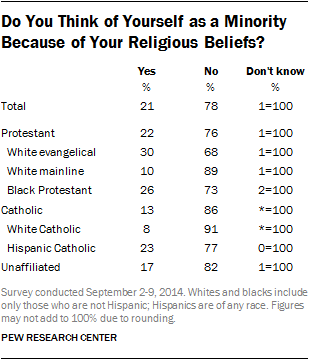 Next: Section 2: The Religious Landscape of the 2014 Elections
← Prev Page
Page1You are reading page2Page3Page4Page5
Next Page →