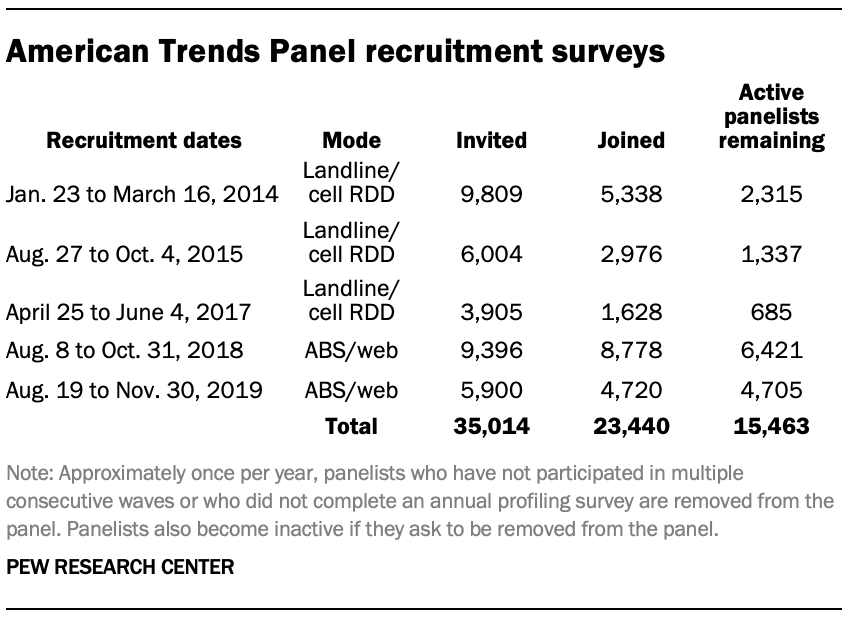 Some analysis in this report relies on survey data drawn from a panel wave conducted September 3 to September 15, 2019. Responses captured in the September survey were combined with responses from the current wave.

For the analysis focused on respondents who participated in both the September 2019 and January 2020 surveys, a set of weights was created using the same procedure to ensure that the profile of the combined sample was consistent with the demographic and political distribution in the full sample. 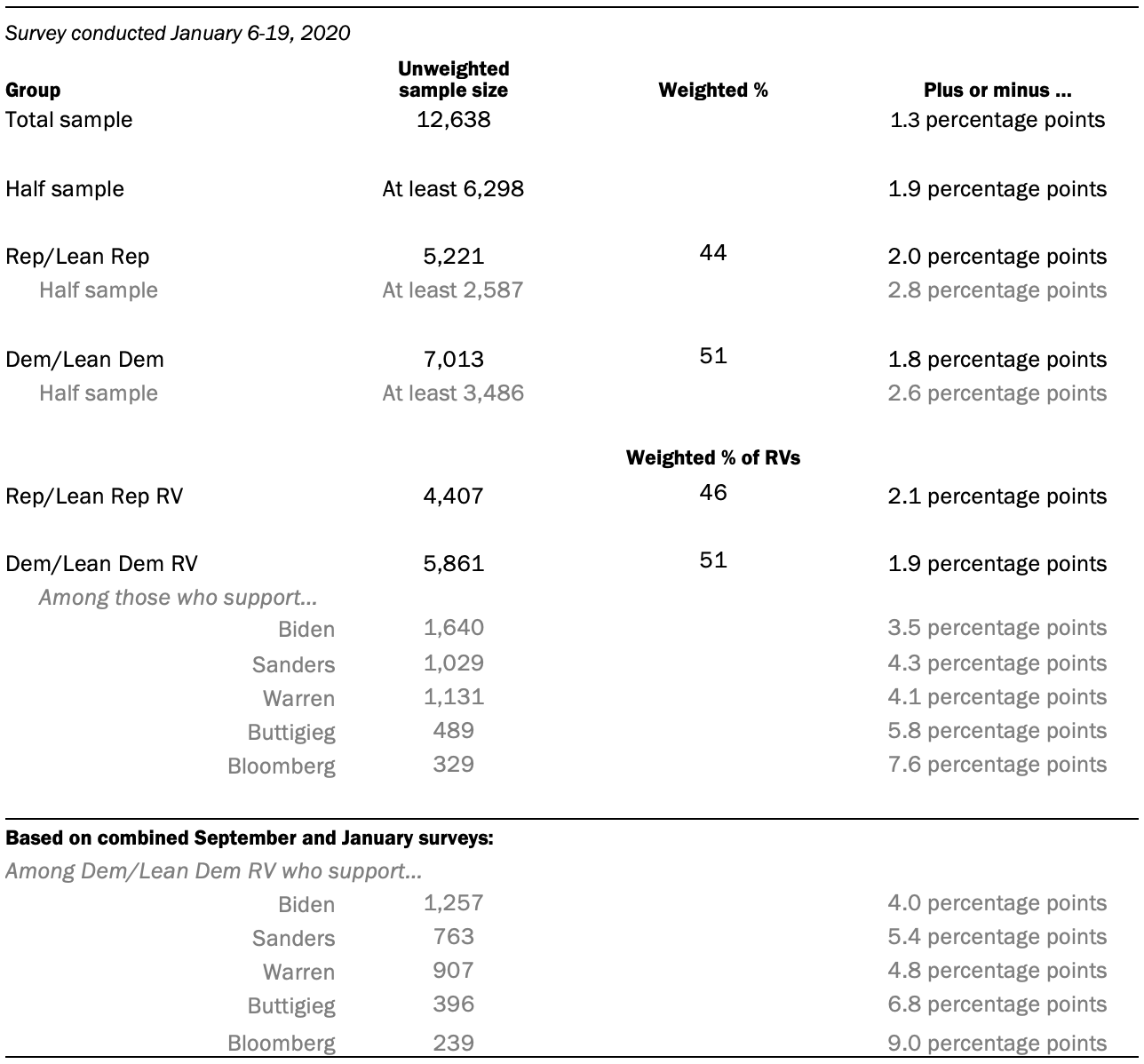 As Voting Begins, Democrats Are Upbeat About the 2020 Field, Divided in Their Preferences 1. The Democratic nomination contest 2. Political values and Democratic candidate support
Methodology