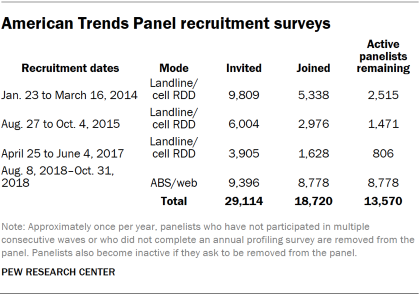 Data in this report are drawn from the panel wave conducted November 27-December 10, 2018. A total of 10,618 panelists responded out of 13,570 who were sampled, for a response rate of 78%. The cumulative response rate accounting for nonresponse to the recruitment surveys and attrition is 3.7%. The margin of sampling error for the full sample of 10,618 respondents is plus or minus 1.5 percentage points. 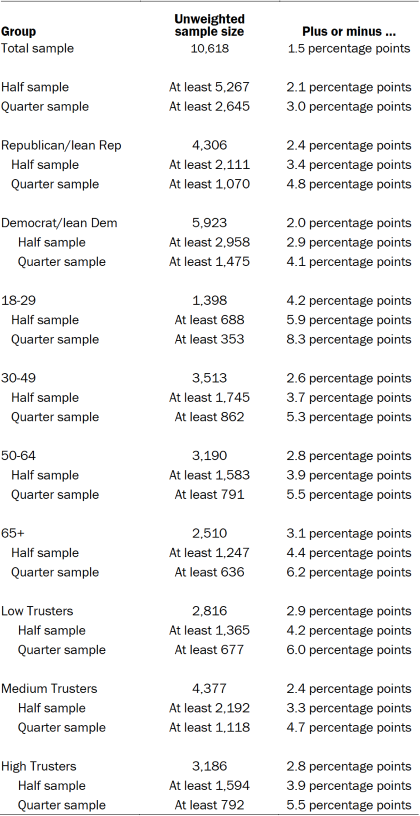 Key findings about Americans’ declining trust in government and each other
An update on our research into trust, facts and democracy
Public Highly Critical of State of Political Discourse in the U.S.
Many Americans Say Made-Up News Is a Critical Problem That Needs To Be Fixed
How Americans View Government