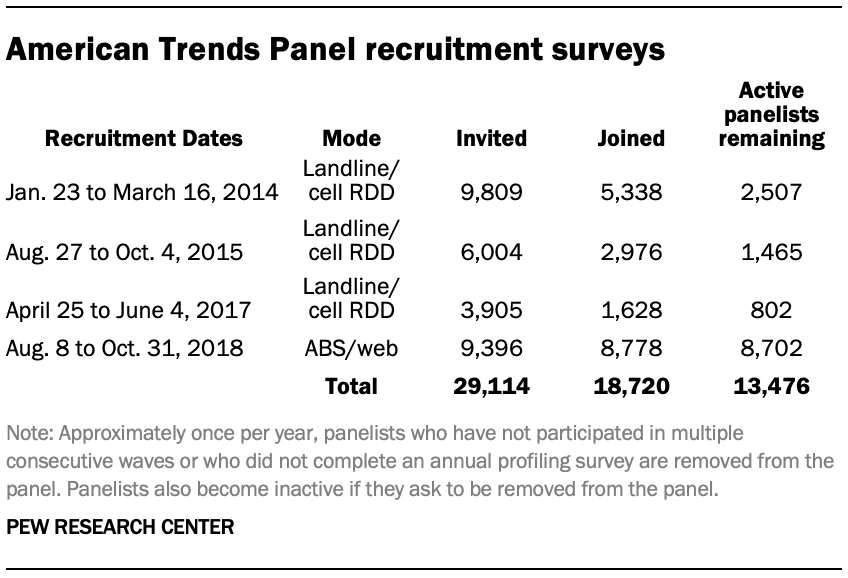 Data in this report are drawn from the panel wave conducted April 29-May 13, 2019. A total of 10,170 panelists responded out of 13,476 who were sampled, for a response rate of 75%. This does not include 8 panelists who were removed from the data due to extremely high rates of refusal or straightlining. The cumulative response rate accounting for nonresponse to the recruitment surveys and attrition is 3.4%. The break-off rate among panelists who logged onto the survey and completed at least one item is 1%. The margin of sampling error for the full sample of 10,170 respondents is plus or minus 1.5 percentage points.

The U.S. Postal Service’s Delivery Sequence File has been estimated to cover somewhere between the low 90% to 98% of the population. 1 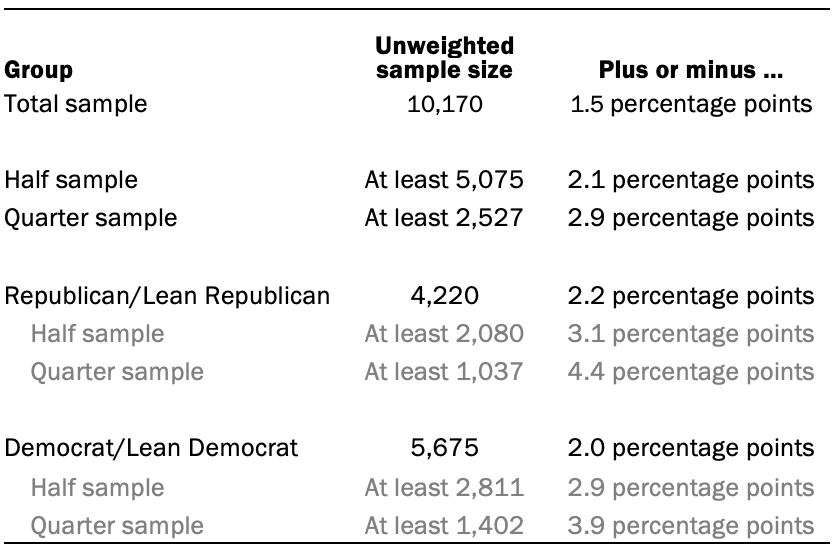 Next: Appendix: Measures and scales
← Prev Page
Page1Page2Page3Page4Page5Page6Page7You are reading page8Page9
Next Page →

Public Highly Critical of State of Political Discourse in the U.S. 1. The climate for discourse around the country, on campus and on social media 2. The bounds of political debate and criticism 3. Trump’s impact on the tone of political debate, important characteristics for elected officials 4. The public’s level of comfort talking politics and Trump 5. The personal side of speech and expression 6. The challenge of knowing what’s offensive
Methodology
The American Trends Panel survey methodology
Appendix: Measures and scales