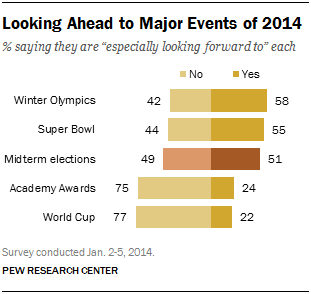 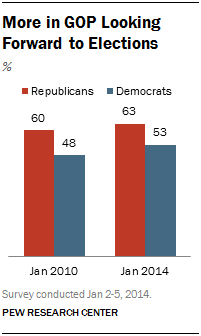 Among other upcoming events, just 24% say they are looking forward to the Academy Awards while a comparable percentage (22%) is anticipating this summer’s World Cup soccer tournament.

Last month, a Pew Research survey found that more Republican and Republican-leaning registered voters (53%) than Democrats and Democratic leaners (47%) were “very enthusiastic” about voting in this fall’s elections. But the GOP’s advantage was narrower than it was a year before the 2010 midterms. 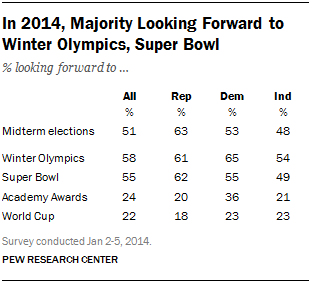 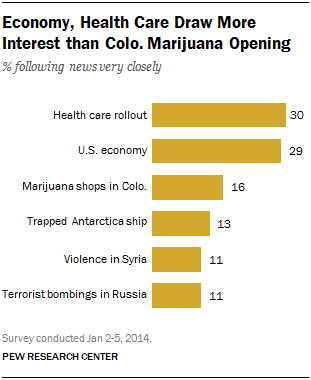 Other news stories last week garnered less interest. Fewer than two-in-ten (16%) closely followed news about recreational marijuana shops that opened legally in Colorado, while 13% followed news about a research ship that was trapped in ice off Antarctica. About one-in-ten (11%) followed either violence in Syria or the two terrorist bombings that struck Russia.

In New Year, Half Are Looking Forward to Midterm Elections
Survey ReportThis Week’s News
About the Survey