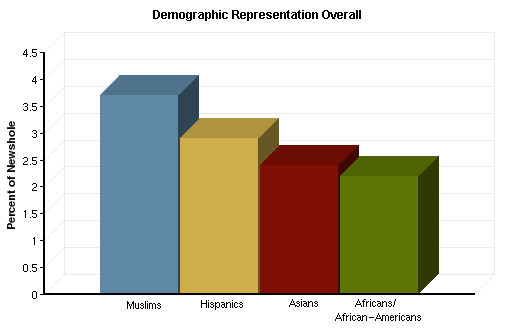 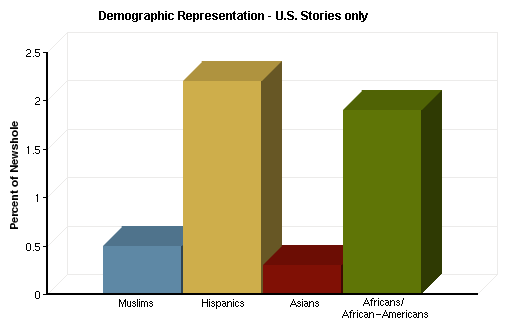 1. The Asian/Asian-American group was understood as encompassing people or groups from most eastern and south Asian countries, as well as anyone noted as Asian, Asian-American, Pacific Islander, or Hawaiian.

2. The African/African-American group included people or groups from any African country except Egypt, as well as those noted as African, African-American, or Black.

3. The Muslim group included anyone noted as Muslim, Islamist, as well as belonging to Al Qaeda, Hamas, Hezbollah, and other groups with strong Muslim identities.