These results come from two Pew Internet tracking surveys. One was conducted between August 7-September 6. 2012 with 3,014 American adults (ages 18+). Among them were 2,581 the cell phone owners and the margin of error in the survey for findings among cell owners is plus or minus 2.1 percentage points. The second survey was conducted between March 15-April 3, 2012 among 2,254 adults, including 1,954 cell owners, and has a margin of error of plus or minus 2.4 percentage points. Both surveys were conducted on landline and cell phones and in English and Spanish. 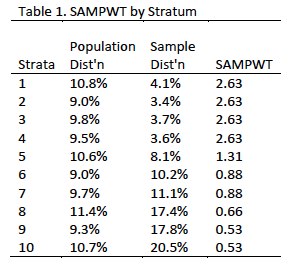 The combined data was then raked to match population parameters for sex by age, sex by education, age by education, region, household phone use and population density. The white, non-Hispanic subgroup was also balanced by age, education and region. The telephone usage parameter was derived from an analysis of recently available National Health Interview Survey data. The population density parameter is county-based and was derived from Census 2000 data. All other weighting parameters were derived from the Census Bureau’s 2011 Annual Social and Economic Supplement (ASEC). 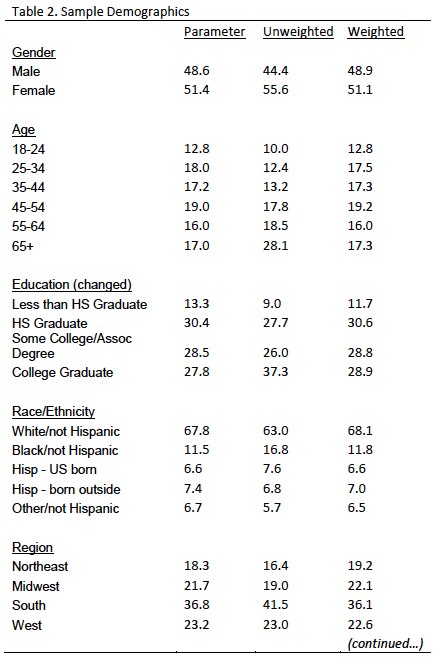 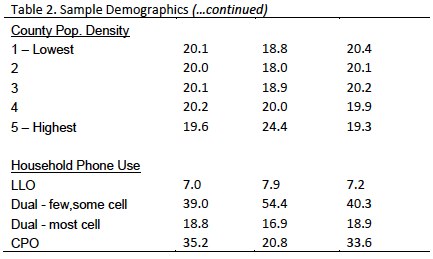 In a wide range of situations, the adjusted standard error of a statistic should be calculated by multiplying the usual formula by the square root of the design effect (vdeff ). Thus, the formula for computing the 95% confidence interval around a percentage is:

The survey’s margin of error is the largest 95% confidence interval for any estimated proportion based on the total sample— the one around 50%. For example, the margin of error for the entire sample is ±2.4 percentage points. This means that in 95 out of every 100 samples drawn using the same methodology, estimated proportions based on the entire sample will be no more than 2.4 percentage points away from their true values in the population. It is important to remember that sampling fluctuations are only one possible source of error in a survey estimate. Other sources, such as respondent selection bias, question wording and reporting inaccuracy may contribute additional error of greater or lesser magnitude. Table 3 shows design effects and margins of error for key subgroups.