Younger adults, people with higher levels of education, and those living in households earning $75,000 or more are more likely than others to have performed several of the cell phone activities the Pew Internet Project queried. What follows are tables of the demographic composition of those who perform these core cell phone activities.

Taking pictures is the most popular cell phone activity and there are only modest differences between demographic groups.  Young adults and those who live in households with relatively higher incomes are the likeliest to snap a picture with their mobile phone. 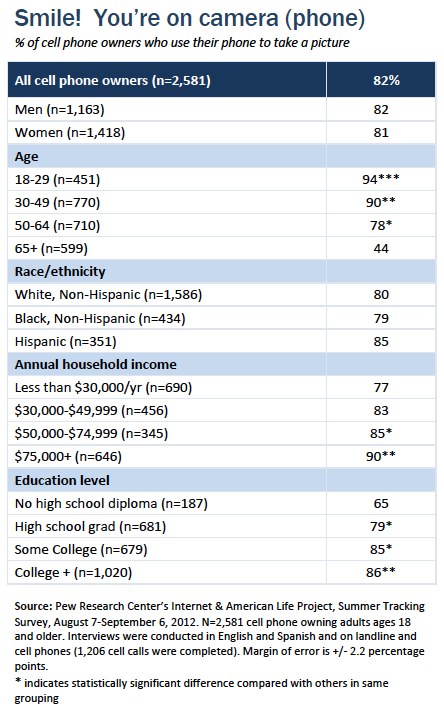 The vast majority of cell phone owners send and receive text messages.  Large numbers of cell owners across all demographic groups do so, with the exception of mobile phone owners 65 and older.  Texting is nearly universal among young adults, ages 18-29. 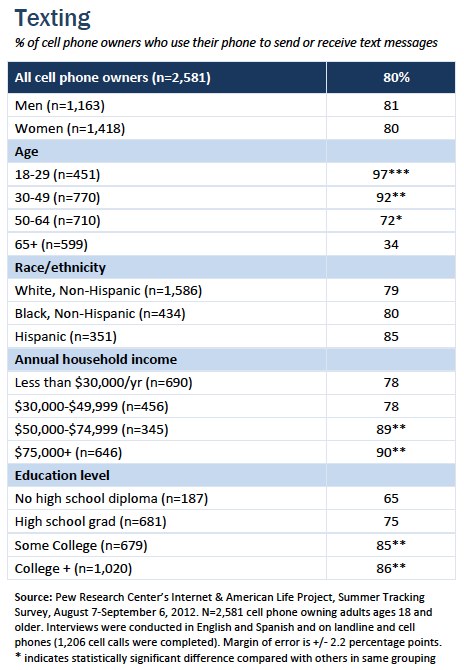 More than half of cell phone owners (56%) access the internet through their phone.  This is especially prevalent among those under 50, the well-educated, and those living in households with a higher annual income.  African-Americans and Hispanic cell phone owners are more likely than whites to access the internet through their phone. 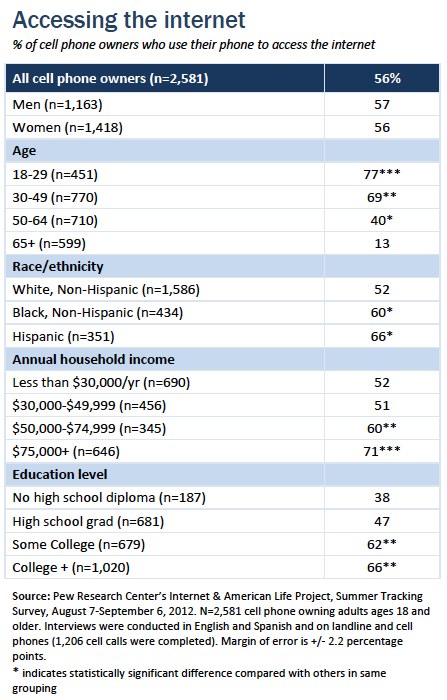 Half of cell phone owners send or receive email on their device.  This is especially true of those who are young adults, have higher levels of education, and who live in households that have relatively high annual income. 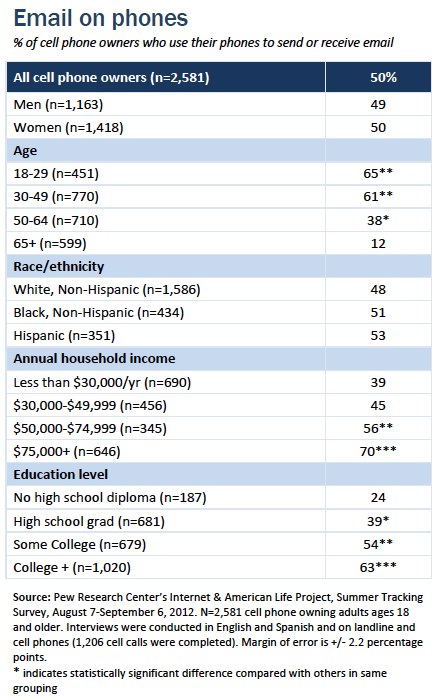 In our April 2012 survey, 44% of cell phone owners said they had used their phones to record video.  Those ages 18-29 are the most likely to do so, with nearly 7 out of 10 young people reporting this behavior.  African-Americans, those who live in households with higher incomes, and the college-educated are also more likely to record video on their phone. 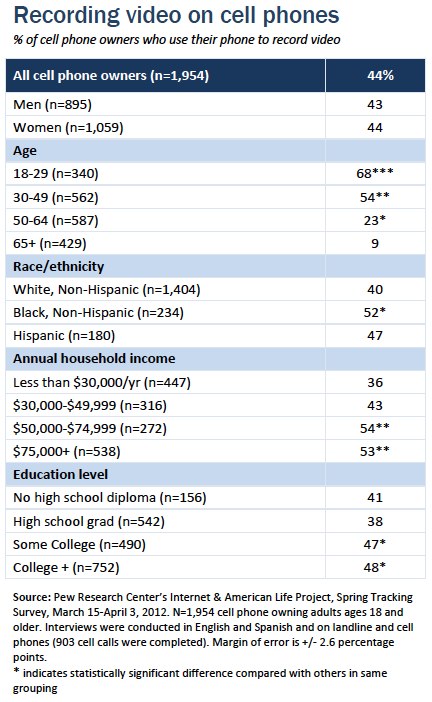 Just over 40% of cell phone owners said they had downloaded an app to their phone in the April 2012 survey.  Again, our findings show that apps are most popular among young people, those in higher income homes, and the college-educated.  African-Americans are also more likely to download apps. 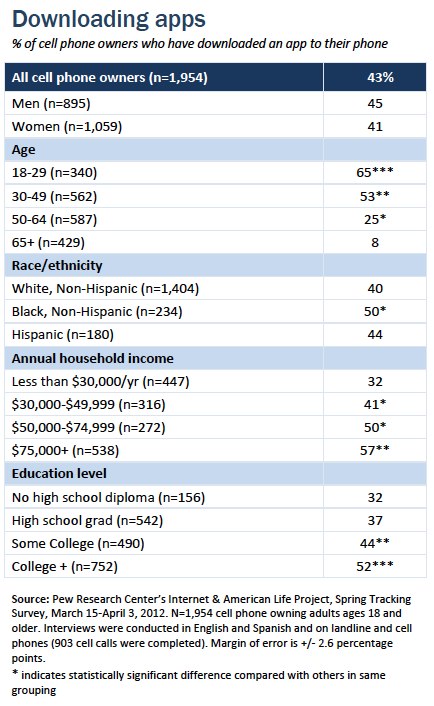 Online banking is especially prevalent among those ages 18-29, those with higher levels of education, and the African-Americans and Hispanics who own cell phones. 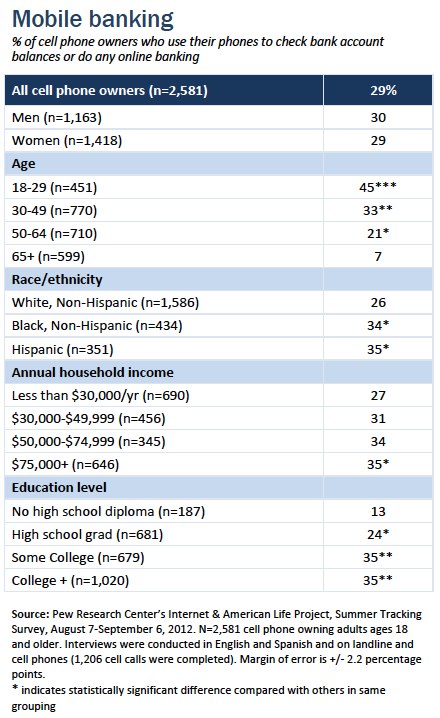