Tablet Ownership as of August 2012

A quarter of American adults now own tablet computers, a major increase from the first measurement of tablet ownership by the Pew Research Center’s Internet & American Life Project in the late summer of 2010. In September 2010, 4% of American adults owned tablets and now 25% do, according to a survey the Project conducted from July 16-August 7, 2012.

A table showing the growth of tablet ownership since that November 2010 survey can be found here.

A demographic breakdown of tablet owners in the table below shows that nearly half of those living in households earning $75,000 or more—47%—now own tablets. 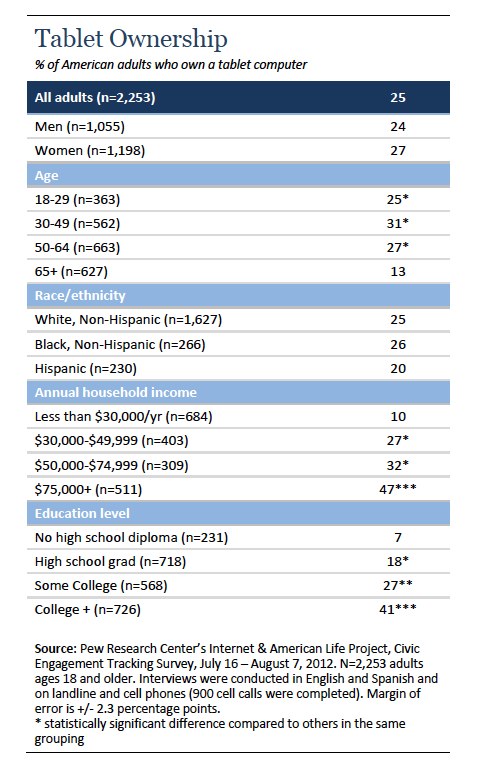 The Pew Research Center’s Project for Excellence in Journalism released a report earlier this week documenting the striking increase in the number of those getting news on smartphones and tablet computers. Our new finding about the size of the tablet population emerged from a survey that was concluded during roughly the same time period.