On the eve of Apple’s unveiling of the iPhone 5, 45% of American adults own smartphones. They are particularly popular with young adults and those living in relatively higher income households. 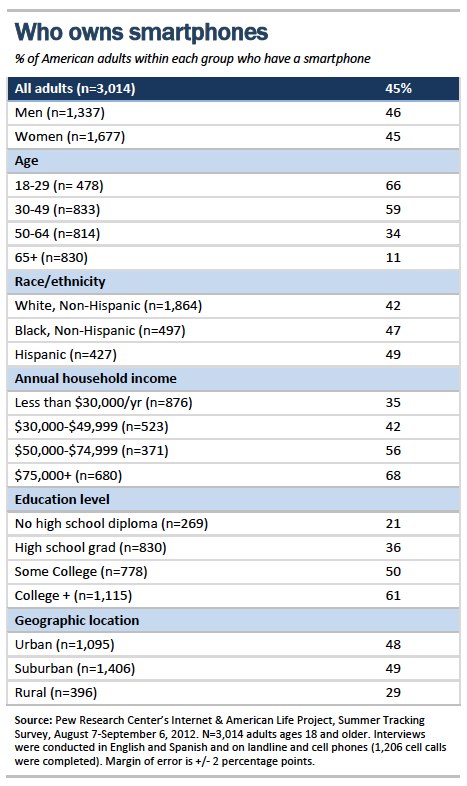 These findings come from a survey of 3,014 adults by the Pew Research Center’s Internet & American Life Project between August 7-September 6, 2012.