However, slightly more local news enthusiasts than others think they can have a big impact on making their community a better place to live (33% vs. 27%). 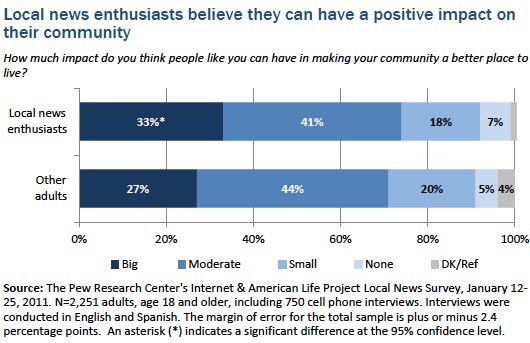 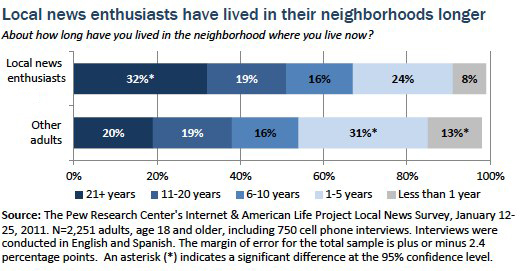 Yet again, this familiarity with neighbors is due mainly to the rootedness of older local news enthusiasts.  Local news followers age 40 and older are significantly more likely than their younger counterparts to say they know all of their neighbors (34% v. 23%) and much less likely to say they know none of them (15% v. 28%). 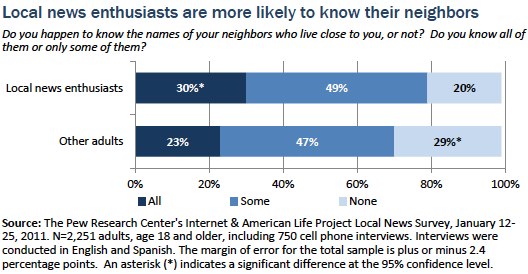 Next: Part III. How do local news enthusiasts’ news consumption habits differ from others?
← Prev Page
Page1Page2You are reading page3Page4Page5Page6
Next Page →