Note: The data in this report come from Pew Internet Project surveys conducted throughout 2010, which were bundled together to collect a statistically meaningful population of those who said they attended community college, four-year schools, and graduate schools. For more information about the samples, please see the Methodology section at the end of this report.

When it comes to general internet access, young adults of all stripes are much more likely than the general population to go online. Fully 92% of 18-24 year olds who do not attend college are internet users, comparable to the rate for community college students and just slightly lower than the rate for undergraduate and graduate students (nearly 100% of whom access the internet).

When it comes to accessing the internet on a mobile device such as a laptop or cell phone, young non-students (79% of whom are wireless users) are a bit less likely to go online wirelessly than either undergraduate or graduate students, but notably more likely than the overall adult population to do so. These differences in wireless usage between students and non-students are largely driven by differences in laptop computer ownership. 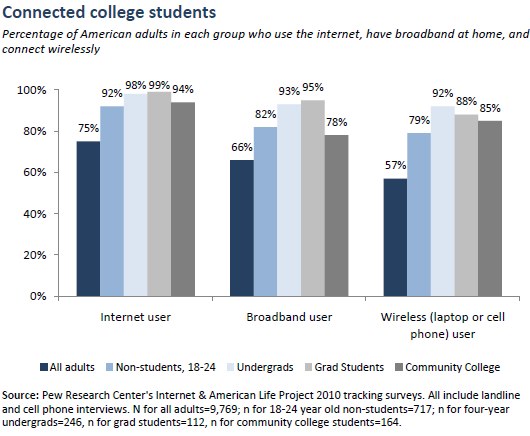 School attendance has little correlation with social media usage, as young adults use social networking sites such as Facebook or LinkedIn at roughly similar rates regardless of educational attainment—although non-students are a bit more likely than community college students to use these sites. 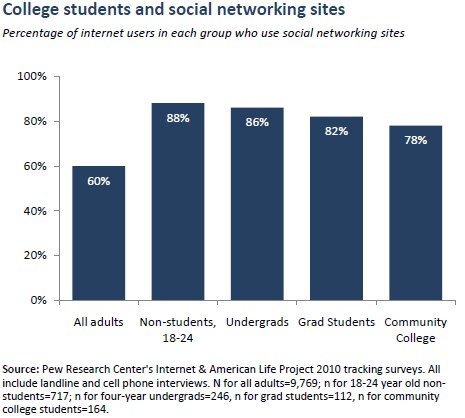 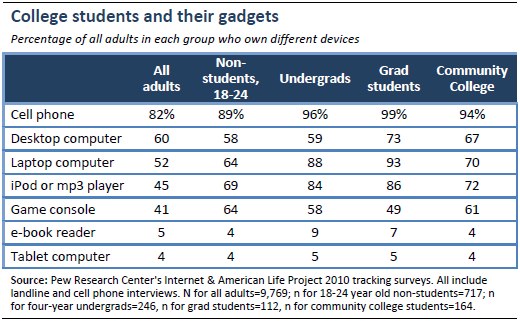 We measure overall wireless connectivity in two ways. One way is by asking users if they connect through wireless cards in their laptops. Most people of all ages who own laptops now do this. The more striking difference appears in the second aspect of wireless internet use – through mobile phones. College students are much more likely than the overall cell owner population to use the internet on their mobile phones, although all young adults do this at a relatively high rate regardless of student status. 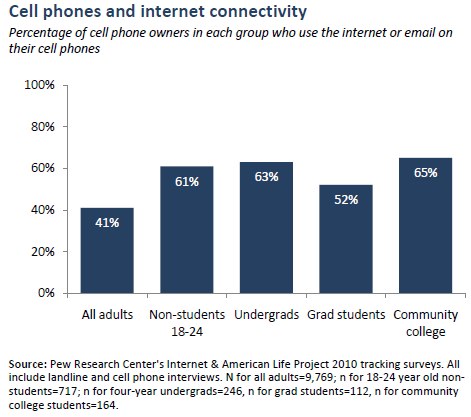