Again, 80% of internet users have looked online for information about at least one of the following topics:13 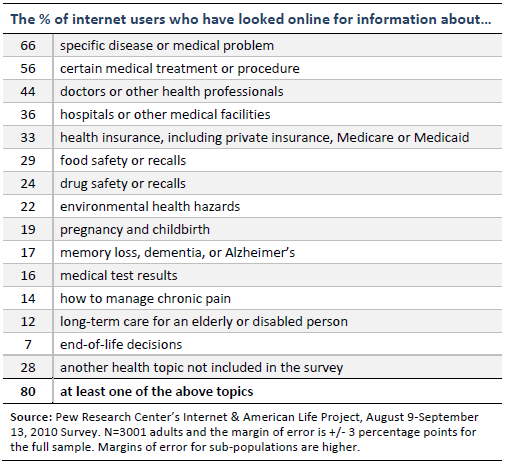 Women, non-Hispanic whites, younger adults, and those with higher levels of education and income are more likely than other demographic groups to gather health information online. 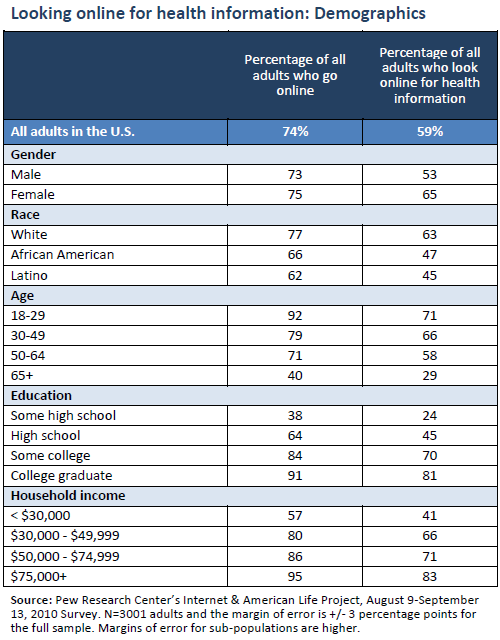 As we have reported in the past, people who are living with chronic disease or disability are likely, if they have internet access, to be highly interested in online health information.14 For those two groups, it is their lack of access to the internet which holds them back from parity with people who report no chronic conditions or disability.

Two other groups with higher rates of online health information gathering include caregivers and people who went through a recent medical emergency. 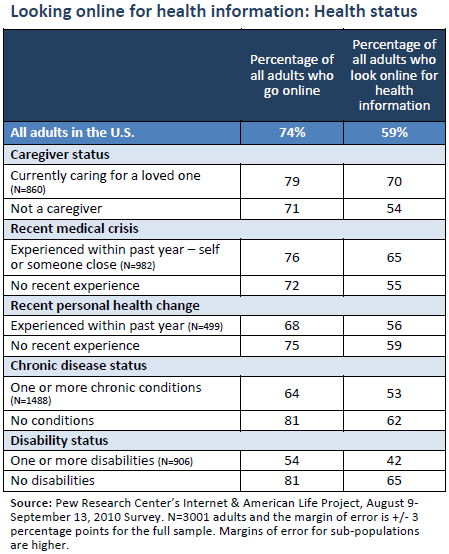 Eighty-five percent of adults in the U.S. own a cell phone. Of those, 17% have used their phone to look up health or medical information. By comparison, seven in ten cell phone owners send or receive text messages; seven in ten use their phones to take pictures; four in ten access the internet on their phones; and 35% have software applications or “apps” on their phones.15 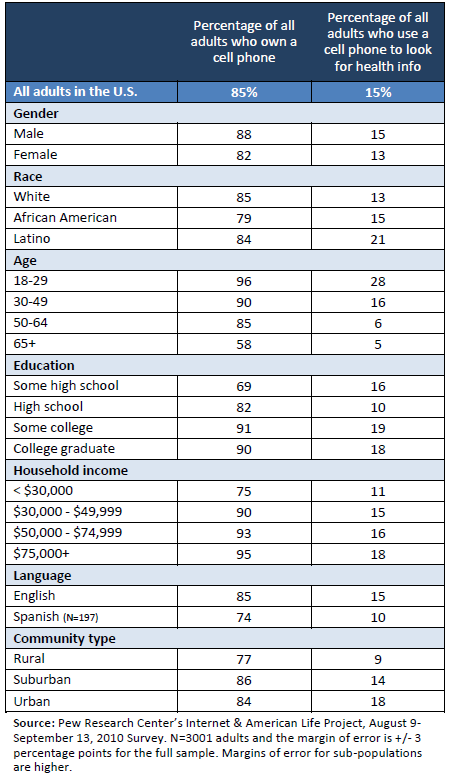 The typical search for health information is on behalf of someone else.