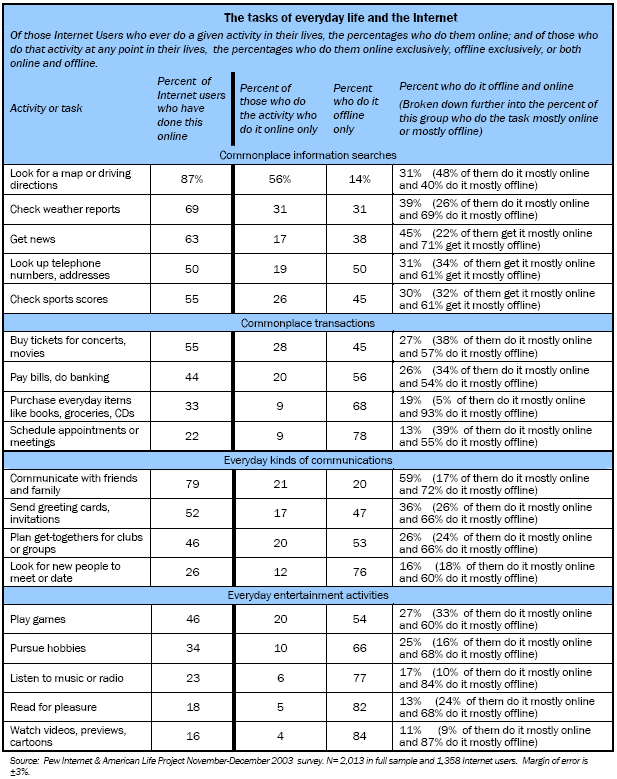 The Internet and Daily Life