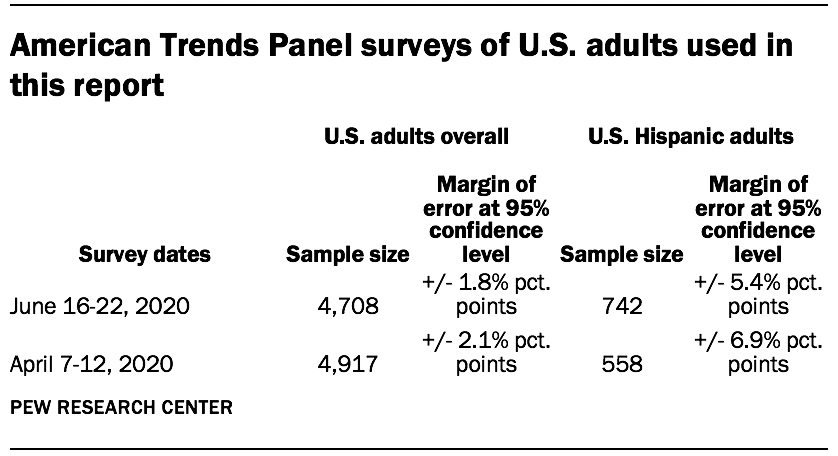 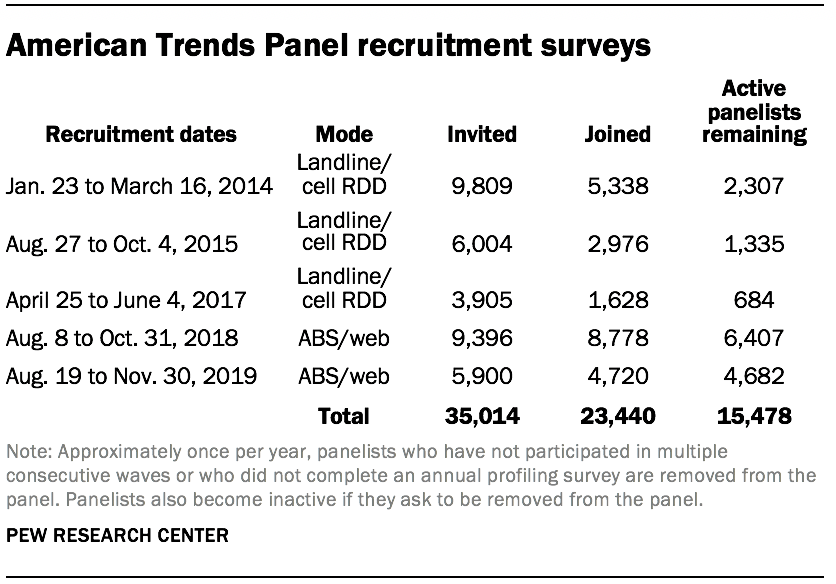 For the NSL, a total of 3,030 panelists responded out of 5,395 who were sampled, a response rate of 56%. This includes 2,094 from the ATP and an oversample of 936 respondents sampled from Ipsos’ KnowledgePanel. The cumulative response rate accounting for nonresponse to the recruitment surveys and attrition is 2.4%. The break-off rate among panelists who logged onto the survey and completed at least one item is 0.4%. The margin of sampling error for the full sample of 3,030 respondents is plus or minus 2.9 percentage points.

The ATP sample for the NSL consisted of all current panel members that previously identified as being Hispanic. For the KnowledgePanel sample, Hispanics who were either born in Mexico or had no more than a high school education were oversampled relative to those who had more than a high-school education and were born outside of Mexico.

The ATP data was weighted in a multistep process that begins by calibrating the entire panel so that it aligns with the population benchmarks identified in the accompanying table to create a full-panel weight. For ATP waves in which only a subsample of panelists are invited to participate, a wave-specific base weight is created by adjusting the full-panel weights for subsampled panelists to account for any differential probabilities of selection for the particular panel wave. The next step in the weighting uses an iterative technique that aligns the sample to population benchmarks on the dimensions listed in the accompanying table. For this wave, additional weighting parameters were added to adjust for citizenship, years in the U.S., country of birth and Hispanic origin.